In response to complaints by Senator Dianne Feinstein (D-Calif.) and Senator Kamala D. Harris (D-Calif.), on August 25, 2020, the U.S. Government Accountability Office (GAO) announced it would open a review of the penalties the EPA has assessed against San Francisco due to sewer overflows. 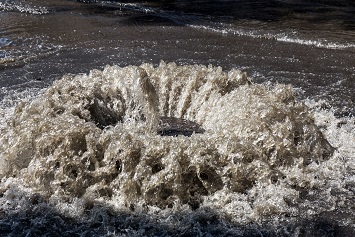 The background for what some see as a political clash began in September 2019 when EPA Administrator Andrew Wheeler sent a letter to California Governor Gavin Newsom alleging state water violations and referencing “piles of human feces on sidewalks and streets.”

In his letter, Wheeler also states that “San Francisco is also one of the few major cities with sewers that combine storm water and sewage flows that is not under a federal consent decree to meet the requirements of federal law.… Even more troubling is the City of San Francisco’s years-long practice—allowed by CalEPA—of routinely discharging more than one billion gallons of combined sewage and stormwater into San Francisco Bay and the Pacific Ocean on an annual basis. The CWA requires municipal sewage be treated to certain levels and to meet water quality standards. Nonetheless, although San Francisco’s combined sewer outfalls discharge to sensitive waters, these discharges do not receive biological treatment. Instead, San Francisco’s combined sewer overflows are designed to remove floatables and settleable solids only and do not always achieve even that low level of treatment. These discharges may be contributing to the state’s failure to meet water quality standards.”

Wheeler’s letter followed allegations by President Donald Trump about “tremendous pollutions” and threats for both San Francisco and Los Angeles by Trump, with violations notices from the EPA, according to the Los Angeles Times.

In response to the notice of violation, Feinstein and Harris sent a letter urging Charles Sheehan, acting EPA inspector general, to investigate whether the White House abused the power of its office to pressure Wheeler to bring actions against California and the city of San Francisco.

Once the inspector general agreed to investigate in coordination with the GAO’s office, Feinstein and Harris sent a letter to the GAO asking it to concentrate its investigation on whether the EPA failed to apply a consistent approach to enforcement against San Francisco as compared with other water utilities with combined sewer systems.

In a press release on her political website, Feinstein stated, “No city or state should be singled out for EPA enforcement action as a method of political attack. We need to know whether the EPA has applied a consistent approach to enforcement against all cities with combined sewer systems or if San Francisco was being punished at the direction of the White House. This review of EPA actions will get to the bottom of this issue.”

The EPA denies political motivation and said it welcomes the investigation. An Agency spokesperson said, “The facts will show that San Francisco was allowed to continue to discharge sewage from 36 outfalls, some next to beaches, that receives no disinfection and, in fact, receives no chemical or biological treatment at all. At the same time communities throughout the Midwest and Mid-Atlantic were asked to enter into consent decrees with EPA to completely eliminate combined sewer overflows to the maximum extent that EPA thought the community could afford. The facts also will show that EPA identified permit violations in 2015 and 2016 that were never entered into [the Enforcement and Compliance History Online database]. Finally, the facts will show that EPA referred this matter to the Department of Justice in February 2017.”

The dates referred to in the Agency’s statement predate the comments made by Trump and California’s battle against the Trump administration’s environmental rollbacks.