The Save Our Seas 2.0 Act, a bill focused on the reduction of plastic waste and marine debris, was passed by the U.S. Senate earlier this year and was recently passed by the U.S. House of Representatives on October 1. As the legislation moves forward to most likely being signed into law, let’s take a look at what’s in the bill and how it has been received. 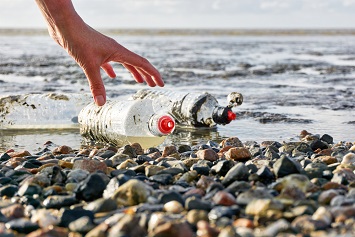 The Save Our Seas 2.0 Act (collectively known as S.1982) follows up and builds upon the initial Save Our Seas Act that was signed into law on October 11, 2018. The Act’s primary intention is to reduce plastic pollution in waterways through such actions as improved and innovative cleanup efforts as well as finding ways to reuse existing plastic waste.

Other elements of the Act include:

One controversial section of the Act, removed from bill S.2260 while under Senate committee review, would have required the National Academy of Sciences to conduct a study with the goal of advancing the “chemical recycling” of plastics—a requirement that had been supported by the plastics industry but rejected by environmental groups over concerns that it would potentially promote such chemical recycling techniques as incineration, pyrolysis, and gasification.

Reception from Industry and Conservation Groups

As with any legislation, the Save Our Seas 2.0 Act has both its supporters and opponents.

One industry player that has applauded passage of the Act is the American Chemistry Council (ACC). “America’s plastic makers strongly support this important, bipartisan legislation to accelerate solutions to end plastic waste,” said Joshua Baca, vice president of the ACC’s Plastics Division. “Plastic waste is a solvable challenge, and this legislation will focus U.S. resources on working with other governments to share knowledge and improve infrastructure to better manage and recycle used plastics.”

Patty Long, Interim President and CEO of the Plastics Industry Association (PLASTICS), also voiced her organization’s support for the Act. “The industry must be a part of the solution, and PLASTICS is committed to working on a bipartisan basis with the sponsors and cosponsors of this bill to improve plastics recovery, increase plastics recycling and keep our materials and products out of the marine environment,” Long said.

There is also plenty of opposition to the Save Our Seas 2.0 Act, however. Late last year, numerous conservation, environmental, and recycling groups signed a letter of opposition sent to the bill’s co-sponsors, Senators Dan Sullivan (R-Alaska) and Sheldon Whitehouse (D-R.I.).

“While we appreciate your attention to the important issue of plastic pollution, this legislation does not provide a comprehensive approach to solving the growing problem of plastic pollution and certain provisions of the bill will make the problem worse,” the letter reads in part. “We need Congress to pass legislation that reduces the generation of plastic, particularly single-use plastic packaging. This bill does not do that.”

With corporate sustainability becoming a priority among organizations today, it will be interesting to watch developments surrounding this and further legislation addressing waste management and reduction.