In November, the EPA asked the 10th Circuit Court of Appeals in Colorado to restore its definition of waters that are protected by the Clean Water Act (CWA) after it was struck down by a federal judge at the request of the state of Colorado. 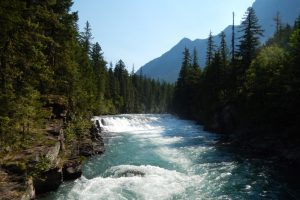 The EPA finalized a revised definition of “waters of the United States” (WOTUS) under the CWA in April that included four categories of jurisdictional waters:

The final definition “provides clear exclusions for many water features that traditionally have not been regulated, and defines terms in the regulatory text that have never been defined before,” according to the EPA. “Congress, in the Clean Water Act, explicitly directed the Agencies to protect ‘navigable waters.’ The Navigable Waters Protection Rule regulates the nation’s navigable waters and the core tributary systems that provide perennial or intermittent flow into them.”

In July, final changes to the rule were published by the EPA to implement section 401 of the CWA that many characterized as gutting a 50-year history of state and tribal water quality regulation.

“This section allows states and tribal nations to protect health and human safety within their geographic boundaries by making permitting decisions related to the discharge of waste into state waterways,” according to a press release published by the Washington State Office of the Attorney General. The press release went on to say that the rule would “handicap states’ abilities to regulate water quality.”

In July, Washington Attorney General Bob Ferguson filed suit against the EPA and the Army Corps of Engineers in the U.S. District Court for the Northern District of California. The case is co-led by New York and California and was joined by Colorado, Connecticut, Illinois, Maine, Maryland, Massachusetts, Michigan, Minnesota, Nevada, New Jersey, New Mexico, North Carolina, Oregon, Rhode Island, Vermont, Virginia, Wisconsin, and the District of Columbia.

“The final rule forces states to issue permits based on an incomplete review of what effects industries will have on waterways,” according to the Washington attorney general’s press release. “States will only be able to consider a narrow range of impacts these projects have on water quality, even when the consequences cause far-reaching and even irreversible environmental damage. The rule also limits the amount of information industry must provide, unreasonably reduces the amount of time states have to make decisions or deny permits and attempts to grant the federal government oversight of projects rather than states.”

Environmental and conservations groups estimate the final rule leaves 50% of U.S. wetlands and millions of miles of streams unprotected, according to the Milwaukee Journal Sentinel.

Lawsuits over CWA regulations can be heard in any 1 of nearly 100 federal district courts, unlike challenges to Clean Air Act regulations, which must be heard in the U.S. Court of Appeals for the District of Columbia Circuit.

“The Obama-era WOTUS definition that the Trump administration’s rule replaces saw a ‘crazy patchwork of injunctions’ and went into effect in only 22 states,” said Larry Liebesman, a former Justice Department attorney who now serves as a senior adviser at the consulting firm Dawson & Associates, according to E&E News. “Something similar could happen with Trump’s rewrite,” he said. “There’s a distinct possibility of a patchwork of inconsistent rulings around the country.”

To date, Liebesman’s predictions regarding mixed rulings appear to be proving true. In the U.S. District Court for the Northern District of California, a federal judge rejected a request for a nationwide injunction against the Trump WOTUS’s definition.

Colorado met with success in the U.S. District Court for the District of Colorado, where an injunction was granted to stop the rule within the state. “The court found that Colorado met the bar for preliminary injunction and agreed to freeze the rule until the litigation plays out,” according to E&E News.

Colorado’s case says the new rule is “significantly narrower” than prior WOTUS definitions and is “inconsistent with case law on the scope of the CWA and abandons the ‘significant nexus’ test laid out in U.S. Supreme Court Justice Anthony Kennedy’s concurring opinion in the 2006 case Rapanos v. United States,” according to Law Week Colorado. “According to this test, wetlands or non-navigable bodies of water fall under the CWA if they ‘significantly affect the chemical, physical and biological integrity of other covered waters more readily understood as ‘navigable.’”

The 10th Circuit convened a remote three-judge panel to hear the EPA’s motion to overturn the injunction, during which Deputy Assistant Attorney General for the U.S. Department of Justice Jonathan Brightbill “argued the rules were narrowed to provide clarity in the wake of three Supreme Court cases.”

“Against this thoughtful interpretation of navigable waters and in light of the Supreme court precedent, including the SWANCC decision which definitively holds there is a stopping point to the term navigable waters short of the Interstate Commerce Clause, Colorado points only to generalized objective provisions of the Clean Water Act,” Brightbill said in a Courthouse News Service article, referring to the 2001 case Solid Waste Agency of Northern Cook County v. U.S. Army Corps of Engineers.

“Olson explained that Colorado is one of 48 states that previously relied on the federal permitting system and that the new rule was implemented during a state legislative session shortened by Covid-19,” according to Courthouse News. “We absolutely agree we could put in a regulatory regime that could fill that gap, but we can’t do that in 60 days, which is all that they gave us under the rule,” Olson said.

U.S. Circuit Judge Carolyn McHugh disagreed. “That’s self-inflicted because the Colorado approach has been there will be no dredge-and-fill permits,” McHugh countered, according to Courthouse News. “The [federal] response was you’ve known since the executive order was signed, isn’t that fair notice?”

However, Kennedy wrote a lone concurring opinion that concluded ‘‘to constitute ‘navigable waters’ under the Act, a water or wetland must possess a ‘significant nexus’ to waters that are or were navigable in fact or that could reasonably be so made.’’

No clarity is expected on the issue anytime soon. “If I’m a judge right now and I’m at all savvy, I know there’s an election coming up,” said Mark Ryan, a former CWA attorney for the EPA’s Region 10 office, according to E&E News. “I know that the rules are in flux. I know there’s a lot at stake, and I know that the Supreme Court isn’t clear on this. I’d be inclined to sit on this for a bit.”

In Colorado, “the panel did not indicate when or how it would decide the issue of preliminary injunction as the case continues before Judge Martinez in the U.S. District of Colorado,” according to Courthouse News. “The EPA and the Colorado Attorney General’s office both declined to comment.”