A Hawaii appellate court recently affirmed a decision upholding a citation for a “serious” violation issued by the Hawaii Occupational Safety and Health Division (HIOSH), rejecting a key defense because the employer didn’t follow its own unnecessarily strict safety policy. 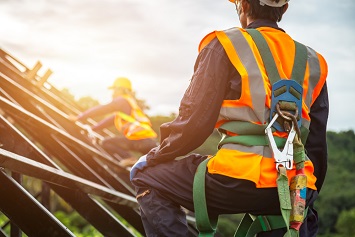 In December 2012, HIOSH inspectors observed three employees installing a photovoltaic system on an 18-foot roof without being properly secured in a fall protection system. The company had a “foreman” or “leadman” at the site responsible for safety compliance, but he apparently failed to ensure the workers were properly secured.

The company also had a fall protection policy that required employees to tie off to a full arrest system every time they were on a roof more than six feet above ground. Importantly, the policy reportedly imposed severe consequences, stating violations “will result in immediate suspension or termination of employment.”

‘Serious’ Violation Results in No Suspensions or Terminations

HIOSH issued the company a citation for a “serious” violation as a result of findings during the inspection. At the hearing to contest the citation, the company argued it shouldn’t have received the citation because the violation was due to employee misconduct. To avoid liability under this defense, the employer must prove:

The Hawaii Labor Relations Board (HLRB) ruled the company failed to establish the fourth requirement of the defense, among other problems. The board reasoned the company hadn’t followed its fall protection policy because none of the employees involved was suspended or terminated, although they were all reportedly given corrective counseling.

The company argued to the appellate court this ruling was wrong because employers have the discretion to enforce their own policies as they determine to be appropriate under the circumstances.

The appellate court rejected the employer’s argument. It first explained that adequate enforcement of company safety rules is a “critical element” of the employee misconduct defense. In this case, the company didn’t follow its strict policy that violations “will result in immediate suspension or termination of employment.”

The court explained the company’s “decision to not follow its policy and exercise discretion instead, foreclosed it from establishing the employee misconduct defense.” Therefore, even though there was no legal requirement that employees be suspended or terminated for violating the safety rule at issue, the company’s policy of mandating those consequences undermined its ability to establish a defense to liability. The company could request that the Hawaii Supreme Court review the matter further. IES Residential, Inc. v. Director, Dep’t of Labor & Industrial Relations, CAAP-16-826 (Haw. App., Jan. 6, 2021).

When drafting policies, you should be careful not to box yourselves into specific disciplinary consequences that might not be warranted in all circumstances. Had the policy stated “violations could result in disciplinary action up to and including termination, as appropriate under the circumstances,” or something similar, the employer may have had a better shot at establishing the fourth element of the employee misconduct defense.