The number of staffing agencies and temporary workers grew rapidly during the end of the last century, and the types of alternative work arrangements continue to proliferate. There now are several types of workers in “nonstandard work arrangements.” 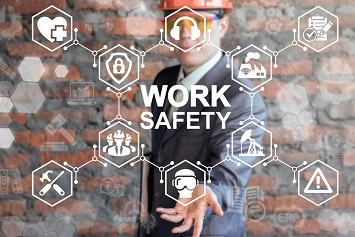 The Labor Department’s Bureau of Labor Statistics (BLS) lists these as:

NIOSH researchers have found that temporary workers have a higher overall injury rate than permanent workers in the same occupations. Looking at Ohio workers’ compensation claims, NIOSH found frequent injuries among temporary workers who were younger and had less time on the job—sometimes a year less—than injured permanent workers. Injuries often resulted from contact with objects or exposure to hazardous environments and substances.

NIOSH research has continued to find that workers in nonstandard arrangements often have higher injury rates than staff workers.

Temporary workers without training in control of hazardous energy–lockout/tagout–may become injured, sometimes fatally. For example, an employee of a staffing agency working in food manufacturing came into contact with rotating parts while cleaning some machinery and was pulled in and suffered fatal injuries. Permanent workers in the facility all received lockout/tagout training, but temporary workers did not.

In a similar case, California’s Division of Occupational Safety and Health (Cal/OSHA) cited both a food manufacturer and its staffing agency for lockout/tagout violations after a temporary worker lost two fingers while cleaning dough-rolling machinery. Neither the host employer nor the staffing agency had trained the worker to follow lockout/tagout procedures before cleaning machinery.

Host employers should supplement staffing agencies’ safety and health training by providing temporary workers the same training they provide their own employees in similar positions.

Host employers and staffing agencies should clearly define their shared occupational safety and health responsibilities and should exchange copies of their written injury and illness prevention programs, according to NIOSH and OSHA.

While host employers and staffing agencies share responsibility for worker safety and training, temporary workers may show up without having received adequate training or explanations of their duties from the staffing agency. Host employers need to protect themselves by ensuring that temporary workers at their facility or worksite are appropriately trained and equipped.

Temporary workers may be vulnerable to but unfamiliar with workplace safety and health hazards. They may have been assigned to perform a variety of jobs, some less dangerous than their current assignment. Road traffic, interaction with the public, and the use of hazardous cleaning agents are common hazards for temporary workers. 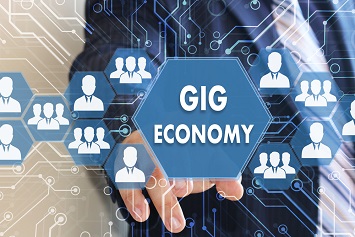 Communication and coordination between host employers and staffing agencies at multiemployer worksites are just as important as clearly defining responsibilities for safety and health compliance and training. Failure to ensure that all workers understand the policies, procedures, programs, and safety rules can undermine a safety program.

If host employers and the staffing agency have inconsistent policies regarding the use of personal protective equipment (PPE), for example, workers may mistakenly believe that the PPE isn’t necessary, resulting in injury or illness. Conflicting safety policies may also cause workers to question the credibility of safety and health programs altogether, leading to less meaningful employee engagement or poor compliance with safety rules.

OSHA’s recommendations for effective safety and health programs at multiemployer worksites include:

Host employers and staffing agencies also may need to handle unexpected staffing needs, ensuring that temporary workers have adequate time to be trained and equipped. They also need to make sure those authorized to make decisions are available for day-to-day coordination issues.

Employers should be aware of risks common in contract or temporary work, like the suicide risks among workforces largely composed of temporary workers. Workers in construction, farming, mining, and oil and gas extraction—where workers may be away from home and lack a sense of community—often have a higher risk of suicide. Employers in these industries need to prepare for and handle the risks.

Employers in construction may display posters in their offices and at worksites describing warning signs of suicide risks and listing available resources. Construction industry safety managers and supervisors can offer a suicide prevention toolbox talk to try to destigmatize seeking help. Coworkers and supervisors can listen and provide support while restricting access to the means of committing suicide.

If a suicide does occur at a facility or worksite, supervisors need to address coworkers’ trauma to prevent any potential “social contagion” that could lead others to attempt or commit suicide.

Agency-host contracts should contain nothing that would infringe upon temporary workers’ whistleblower rights. Beyond the terms of the contract, there should be no policies or programs in place that would discourage the reporting of injuries, illnesses, or hazards. 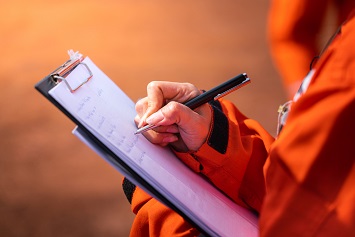 Both the staffing agency and the host employer should coordinate accident, injury, illness, and “near miss” investigations to determine root causes and necessary corrective actions.

OSHA inspectors frequently cite both staffing agencies and host employers for workplace safety and health violations. In fact, the agency may impose higher penalties on the host employer than the staffing agency that hired a temporary worker.

OSHA compliance safety and health officers (CSHOs) will interview workers and supervisors during an inspection and observe both permanent and temporary workers performing their duties to assess whether training in the workplace complies with agency standards.

CSHOs also will check that the host employer is in full compliance with requirements of the hazard communication (hazcom) standard. Staffing agencies are responsible for the hazcom training of temporary workers, but host employers should confirm that temporary workers understand the elements of chemical labels and know how to access to safety data sheets (SDSs) at the facility or worksite.

OSHA inspectors will interview both permanent and temporary workers during an inspection to assess whether workers understand the hazcom program and know how to read chemical labels, where to find SDSs, and what precautions to take with hazardous substances on the job.

An employer also can be held responsible for a temporary employee’s or an independent contractor’s safety and health if investigators determine the employer has control of a facility or worksite. The owner of a Maine roofing company was cited by OSHA for fall protection violations and criminally charged under the state’s workplace manslaughter law after an independent contractor suffered a fatal fall. Shawn D. Purvis, owner of Purvis Home Improvement Co., Inc., is awaiting trial on the state charges.

OSHA repeatedly cited Purvis for fall protection violations at construction sites throughout Maine in Scarborough in 2013 and 2018, Pine Point in 2015, Westbrook in 2012, and South Portland in 2006.

Workplace manslaughter is a Class A felony in Maine, involving an intentional violation of a state or federal workplace safety standard that leads to the death of an employee or a worker under the employer’s direct control, such as an independent contractor. If Purvis is convicted of workplace manslaughter, he could face 30 years in prison.