Electrical hazards can cause burns, shocks and electrocution (death). OSHA’s design safety electrical standards apply to systems that provide power and light to employee workplaces. These regulations cover electrical installations and equipment installed or used within or on buildings, structures, and other premises. OSHA’s safe work practice rules for electricity provide standards for both qualified employees (those with a specific level of training) and unqualified employees (those with little or no training) who work on, near, or with various electrical components.

For 30 years, Mohawk Electrical Systems has participated in an initiative that rewards Delaware businesses that maintain a strong safety program with discounts on their workers’ compensation coverage. The Milford business was recently recognized for being the first in the state to complete three decades in the Delaware Workplace Safety Program.

The impacts of Hurricanes Harvey and Irma may be catastrophic when it comes to electrically powered equipment and appliances. It is always best to contact your supplier for proper procedures, but these tips can help you evaluate damaged electronics.

Recently, a subscriber asked the following question: According to OSHA, are we allowed to use power strips to permanently power electronics like office computers? 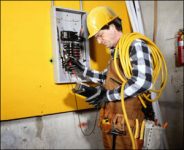 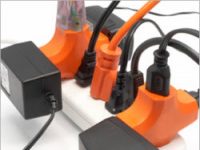 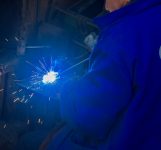 Whenever workers are working on or near exposed live electrical conductors operating at 50 volts or more, they are at risk of arc flash—a potentially explosive release of electrical energy through the air that can cause serious injury or death. Here’s how you can prevent arc flash incidents and injuries. Make a Plan Employers should […] 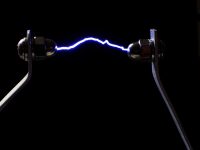 A maintenance supervisor at a Wisconsin iron foundry was severely burned by an electrical arc flash in June 2013. The supervisor was injured while servicing a 480-volt circuit breaker without proper electrical protective equipment. The Occupational Safety and Health Administration (OSHA) cited the employer for a willful violation of electrical standards, alleging that the employer […]

In October 2014, OSHA reinspected Wood Fibers, Inc., a wood pellet manufacturing facility in Niagara, Wisconsin, for the fifth time in 3 years. The employer had been cited for serious hazards in 2012, but late last year, conditions had not improved much. Wood Fibers was cited for four repeat and eight serious violations, including serious […]

Sometimes, you need an electrical cord that bends a little. Maybe it’s because you have to use your power drill or saw in many different locations during the workday. Maybe it’s because a piece of machinery vibrates when it’s operating and you don’t want to transfer that vibration throughout your electrical system. Or, maybe it’s […]