In response to two petitions for reconsideration from industry and one from an environmental group, the EPA has again amended its March 2011 National Emissions Standards for Hazardous Air Pollutants (NESHAP) for area source industrial, commercial, and institutional boilers. The petitions specifically addressed aspects of previous amendments to the NESHAP, which the Agency promulgated in […]

Subsurface areas such as basements are hidden harbors for silent and toxic intrusion of vapors that can lead to detrimental health effects. The Environmental Protection Agency has always had an interest in vapor intrusion, but now, rousing recent interest the agency has made a stark move. It has proposed to add vapor intrusion as a […]

In its spring 2016 regulatory agenda, the EPA set a December 2016 completion date for its final revisions of regulations implementing Clean Air Act (CAA) Section 112(r), the Risk Management Program (RMP). Since issuing the first RMP rule in 1996, the Agency has revised the requirements at least six times. But the most recent proposed […]

There is growing interest in which chemicals the EPA will select for its initial risk evaluations under the reformed Toxic Substances Control Act (TSCA) signed by President Obama June 22, 2016. Under the law, one of the Agency’s first tasks is to designate 10 chemicals for evaluation no more than 180 days after enactment. The […]

On this episode of EHS on Tap, we plunge into EPA’s proposed Pharmaceutical Rule and what this rule will mean for the overall health of our freshwater resources as well as the consequences to health care facilities. On this podcast, we speak with environmental attorney and legal expert, Summer Nastich with Nastich Law in Berkeley, […] 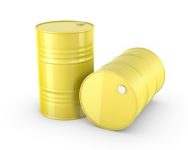 The EPA has issued its first biannual update of its work on a proposal for a final rule that would subject facilities holding hazardous substances to the same requirements applying to facilities holding threshold amounts of oil. The update indicates that the proposal is still in its early stages, and therefore, any views on what […]

American Trucking Associations (ATA) responded with “cautious optimism” to the final federal Phase 2 greenhouse gas (GHG) and fuel-efficiency standards for medium- and heavy-duty vehicles. The standards were adopted jointly by the EPA, which developed the GHG portion of the regulations, and the National Highway Traffic Safety Administration (NHTSA), which wrote the fuel-efficiency section. Industry’s […]

The Frank R. Lautenberg Chemical Safety for the 21st Century Act has brought about a long overdue reform of the Toxic Substances Control Act (TSCA). The Act was passed to address many of TSCA’s shortcomings and to allow the U.S. Environmental Protection Agency (EPA) more authority to evaluate and mitigate the risks associated with chemicals […]

In an order, a panel of the U.S. Court of Appeals for the 9th Circuit denied EPA’s request for an additional 6 months to take final action on its proposal to ban application of the pesticide chlorpyrifos on food crops. The court did grant the Agency an additional 3 months—to March 31, 2017—to finalize the […]

In response to an order from the U.S. Court of Appeals for the D.C. Circuit, the EPA has issued a direct final rule amending its regulations (April 17, 2015, FR) governing the disposal of coal combustion residuals (CCRs) as solid waste under Resource Conservation and Recovery Act (RCRA) Subtitle D. In the CCR rule, the […]