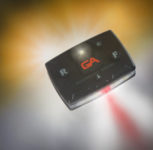 MILWAUKEE (December 20th, 2017) – OSHA reports indicate that 16.8% of construction deaths are due to the combined hazards of being struck by an object and being pinned by machinery or equipment. Many of these deaths could have been prevented if the workers had been equipped with more advanced personal safety equipment that exceeded Class […]

About Check To Protect: Check To Protect is a national campaign to encourage drivers to check the recall status of their vehicle and have open recalls fixed immediately. It is led by the National Safety Council (NSC), along with founding coalition partner FCA US (Fiat Chrysler Automobiles). This campaign comes at a time when an […]

BRENTWOOD, TN (October 16, 2017)—The EHS Daily Advisor® has released the results of its latest research effort into hazard communication (HazCom) and the Globally Harmonized System of Classification and Labelling of Chemicals (GHS). The 2017 Hazard Communication Survey: HazCom/GHS Successes and Pain Points, was sponsored by VelocityEHS, the global leader in cloud environment, health, safety […]

BRENTWOOD, TN (October 11, 2017)—The EHS Daily Advisor® today released new research, sponsored by ProntoForms®, into the effects of technology on the safety field in a report titled Safety Automation & Technology Trends: New Developments for 2017 and Beyond.

Piscataway, New Jersey – August XX, 2017 – Tingley Rubber Corporation, a leading supplier of protective footwear and clothing, announces improvements and innovations on its flagship line of PVC knee boots now available under the Premier G2™ and Profile™ brands. “Polyvinyl Chloride (PVC) has been used to make protective footwear for over 50 years and […]

ST. PAUL, Minn.–(BUSINESS WIRE)–3M today announced that it has completed its acquisition of Scott Safety from Johnson Controls for a total enterprise value of $2.0 billion. Scott Safety is a premier manufacturer of innovative products, including self-contained breathing apparatus (SCBA) systems, gas and flame detection instruments, and other safety devices that complement 3M’s personal safety […]

Join an intimate gathering of EHS professionals to discuss futuristic technologies including: Drones, AI, and VR that will shape the future of the EHS industry. With inspiring keynotes from My Safe Work, Dupont, Fox Networks Group and more, you’ll be a part of the leadership team that innovates to the next era in EHS management. […]