Chicago may be the latest city to join other cities that have enacted cumulative pollution impact ordinances that address the impact of additional pollution from industrial operations seeking to open or expand operations “in already burdened low-income communities of color,” says the Chicago Sun Times.

U.S. District Judge Andrew S. Hanen of the Southern District of Texas denied Megasand Enterprise Inc.’s motion to dismiss a lawsuit brought by its insurer Everest National Insurance Company. In its lawsuit, Everest seeks a decision relieving it from having to defend Megasand from claims that its discharges worsened flooding following Hurricane Harvey.

On November 25, 2020, the EPA finalized rulemaking that determined that the electric power generation; transmission and distribution; petroleum and coal products manufacturing; and chemical manufacturing industries will not be required to have additional insurance to cover accidents and major spills.

In Q3, the U.S. Environmental Protection Agency (EPA) finalized 158 settlement agreements with companies small and large across the United States. There was a definitive increase in enforcement actions, with only 106 penalties issued in the previous quarter. Here we highlight some of the biggest fines.

The air pollution in Fairbanks North Star Borough, Alaska (Fairbanks), is among the worst in the nation, and the EPA is doing nothing about it. That’s the view of several citizen groups that with the assistance of major U.S. environmental organizations are now suing the Agency for inaction for the third time in 2 years. […]

Recent enforcement statistics from the EPA show that during fiscal year (FY) 2014, enforcement actions required companies to invest more than $9.7 billion in actions and equipment to control pollution and clean up contaminated sites. Companies paid $63 million in combined administrative, civil, and criminal fines. And that’s just on the federal level! Follow these […] 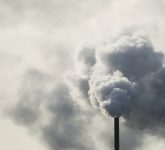 While it is our contention that in this day and age most facilities are engaged in some sort of P2 to reduce chemical use and waste production, as we reported in yesterday’s Advisor, only 16% of all TRI facilities reported their P2 activities for reporting year 2013. The EPA would like to up that percentage […] 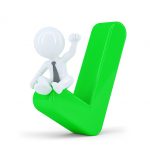 The development and implementation of the BMP is what ultimately decides the effectiveness of an SWPPP. In managing stormwater, BMPs can be broken down into two types: structural BMPs and nonstructural BMPs. Today, we will focus on structural BMPs (which as you can imagine are physical structures) in the form of rain gardens. EcoGro, based […]

Twelve changes to the 2008 federal MSGP for stormwater discharges associated with industrial activity are included in EPA’s draft 2013 MSGP. Coverage under the 2008 MSGP, which expired September 29, 2013, is administratively extended until the 2013 permit is issued, provided facilities submit a Notice of Intent (NOI) to be covered by the new permit […]