On July 5, in a tweet, President Trump accepted the resignation of Scott Pruitt as EPA Administrator. “Within the Agency Scott has done an outstanding job, and I will always be thankful to him for this,” stated Trump. The president added that on Monday, Deputy Administrator Andrew Wheeler will step in as Acting EPA Administrator. 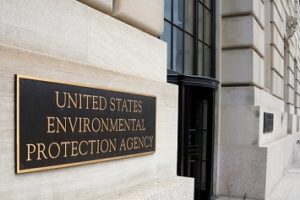 Pruitt was perhaps the most controversial selection to head the EPA. As Attorney General of Oklahoma, Pruitt participated in at least 13 lawsuits to overturn EPA regulations, including the Clean Power Plan, the Obama administration’s signature effort to reduce greenhouse gas emissions from coal fired power plants in the U.S.

Critics of Pruitt said he was more an advocate of the oil and gas industry than a protector of the environment. Once in office, Pruitt initiated actions to repeal both the Clean Power Plan and the EPA’s Clean Water Rule, which expanded the federal definition of Waters of the United States (WOTUS) and generated intense opposition, particularly from the agricultural community. Neither of those repeals are near completion. Pruitt also began the reorganization of several EPA science advisory committees with the addition of members with backgrounds in industry.

But Pruitt’s regulatory reforms, which were conducted within the limits of the law, did not lead to his exit. Instead, the former Administrator became embroiled in multiple controversies about alleged misuse of his position in the federal government. These included claims that he built a soundproof booth in his office, used government money to fly first class, rented a Washington condominium at a very low rate from an energy industry lobbyist, and used his position to help his wife obtain a fast-food franchise.

In his resignation letter to President Trump, Pruitt wrote that “unrelenting attacks on me personally, my family, are unprecedented and have taken a sizable toll on all of us.”

Pruitt was interviewed by several Congressional committees to determine whether he had committed ethics violations. Both the Government Accountability Office and the EPA’s Inspector General are still conducting investigations into Pruitt’s meeting with industry lobbyists as well as his spending activities.

According to an EPA news release, Andrew Wheeler spent four years at EPA’s Office of Pollution Prevention and Toxics during the George H. W. Bush and Bill Clinton administrations. He also spent many years on Capitol Hill, including serving as general counsel to Oklahoma Senator James Inhofe and working as staff director and chief counsel for two Senate Committees “with vital roles in protecting human health and the environment.” Previously, Wheeler worked as a lobbyist for several energy companies.