Today’s workplace uses thousands of chemicals, many of which are hazardous. The resources in this section will help guide you in the safe and legal identification, storage, transport, and use of these chemicals, and in making sure that your employees right to know how to be safe around such substances is provided, as required by law.

The EPA on October 18 revealed its PFAS Strategic Roadmap: EPA’s Commitments to Action 2021-2024 as part of a multiagency frontal assault to address pollution from per- and polyfluoroalkyl substances (PFAS). PFAS are popular for their fire-resistant abilities and the properties that allow them to repel water, oil, stains, and grease. PFAS are also known […]

Three subsidiaries of a multinational chemical company reached a $3.4 million civil penalty settlement agreement with the EPA and Department of Justice (DOJ) in October 2021, the EPA announced. The agreement includes upgrades and “compliance measures estimated to cost $50 million to resolve allegations they violated the Clean Air Act (CAA) and state air pollution […]

The EPA’s Office of Chemical Safety and Pollution Prevention (OCSPP) on October 14, 2021, announced several actions to enhance scientific integrity and strengthen chemical safety reviews. These actions include the establishment of two new internal science policy advisory councils, the creation of a senior-level science policy advisor to the assistant administrator, and improvements to existing […]

The U.S. Chemical Safety and Hazard Investigation Board (CSB) called for stricter environmental and occupational safety regulations to help prevent reactive chemical accidents, like an explosion and fire at AB Specialty Silicones’ Waukegan, Illinois, facility. CSB reiterated an earlier recommendation for the EPA to revise its risk management plan (RMP) regulations and for the Occupational […]

Changes to California’s Proposition 65 (Prop 65) short-form warning label regulations are expected soon. Once adopted, impacted industry will have one year to comply with the amendments. Prop 65 requires warning labels to be placed on products sold in California that expose consumers to chemicals known to cause cancer or reproductive or developmental toxicity. The […]

The EPA announced September 3 it will initiate new rulemaking and plans to propose new rules for five persistent, bioaccumulative, and toxic (PBT) chemicals subject to risk management rules under the Toxic Substances Control Act (TSCA). In conjunction with this announcement, the EPA is also taking action to provide an extension on the compliance dates […] 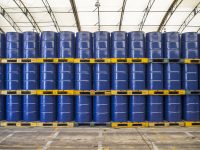 Manufacturers and importers of chemical substances listed on the EPA’s Toxic Substances Control Act (TSCA) Inventory are advised the EPA has published notice seeking comments for guidance on some of the processes applicable to TSCA Chemical Data Reporting (CDR) regulations.  The comments sought apply specifically to “[p]etitions for full exemption of byproduct substances that are […]

Scientists working in the EPA’s New Chemicals Division recently filed a disclosure revealing several tactics managers use that prevent adequate safety assessments of new chemicals, according to Public Employees for Environmental Responsibility (PEER). “One tactic managers have used to complete assessments within 90 days is forbidding assessors from communicating with other specialists,” according to PEER. […]