As today’s workplace becomes more complex, regulation of that workplace increases. In this section, you’ll find the practical advice you need to understand exactly what OSHA, other federal agencies, and their state counterparts, require of you, and to comply in the ways that best satisfy both your and their needs. Look also for important court decisions, advice on how to handle enforcement actions, and news of upcoming changes in workplace health and safety law.

Free Special Report: What to Expect from an OSHA Inspection

On September 27, the Occupational Safety and Health Administration (OSHA) announced $1,191,292 in penalties after a heavy equipment operator performing demolition died when a partially demolished floor collapsed and the 11,000-pound excavator and its operator fell 80 feet. It was the employee’s first day on the job, according to OSHA. The agency cited JDC Demolition […]

The Occupational Safety and Health Administration (OSHA) ordered ExxonMobil Corp. to reinstate two illegally terminated employees when the company suspected the two leaked information to The Wall Street Journal, the agency announced October 7. OSHA ordered the employees’ reinstatement following a whistleblower investigation under the Sarbanes-Oxley Act and ordered the company to reinstate the employees […]

On September 22, the Oregon Occupational Safety and Health Administration (Oregon OSHA) announced fines totaling more than $144,000 issued to 2 contractors for violations, including repeat offenses, of state fall protection rules at worksites in Salem and Woodburn. The violations put multiple workers at risk of serious injury or death from falls to lower levels, […]

The EPA Office of Inspector General (OIG) issued a press statement on September 13, 2022, announcing it will begin an investigation into the Jackson, Mississippi, severe water crisis. The city’s water system has been plagued with issues for years, having been the subject of many EPA enforcement actions, including emergency orders and notices of noncompliance. […]

On September 15, the Occupational Safety and Health Administration (OSHA) announced an expansion of its Severe Violator Enforcement Program (SVEP). The program’s new criteria include violations of all hazards and OSHA standards and will continue to focus on repeat offenders in all industries. Under the agency’s 2010 policy, an employer could be placed in the […] 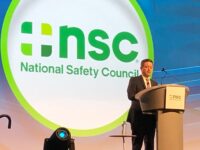 The Occupational Safety and Health Administration (OSHA) is working to update its own processes as it emphasizes the need for businesses to truly embrace health and safety. Speaking at the National Safety Council’s 2022 NSC Safety Congress & Expo in San Diego last week, OSHA’s Assistant Secretary of Labor Doug Parker noted that in 2020, […]