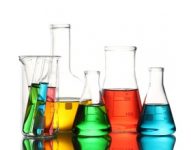 Written under the authority of the Toxic Substances Control Act (TSCA), EPA’s governing regulation was issued in 1986 and was initially called the Inventory Update Rule (IUR). In a 2011 action, the Agency changed the name to the Chemical Data Reporting (CDR) rule. Under the CDR rule, between June 1, 2016, and September 30, 2016, […]

2014 TSCA Work Plan Assessment Update—How It Works In the beginning, back in 2012, the EPA first used several sources to identify chemicals meeting prioritization factor criteria as potential candidates for review, a process that initially identified 1,235 chemicals. Next, the chemicals were screened to determine if any chemicals should be excluded due to other […]

2014 TSCA Work Plan Assessment Update—The Chemicals As noted yesterday, Action Plan chemicals are the most important identified by the TSCA Work Plan for Chemical Assessments, and in 2014, the following chemicals and chemical groups were added: Bisphenol A (BPA)—Ranked high for hazard and exposure; Decabromodiphenyl ether (decaBDE)—Ranked high for hazard, exposure, and persistence/bioaccumulation; Hexabromocyclododecane […]