The EPA has issued the first of two proposals that together will lessen the stringency of the Obama administration’s 2015 rule governing the disposal of coal combustion residuals (CCRs) generated by electric utilities. The Phase One proposal comprises a dozen changes, some that result from a remand of parts of the 2015 rule by the U.S. Court of Appeals for the D.C. Circuit; some that respond to requirements in the Water Infrastructure Improvements for the Nation (WIIN) Act; and one regarding the use of CCRs during certain closure operations, which was requested by commenters. 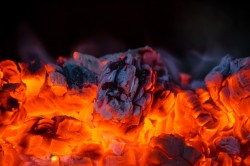 “Today’s coal ash proposal embodies EPA’s commitment to our state partners by providing them with the ability to incorporate flexibilities into their coal ash permit programs based on the needs of their states,” said EPA Administrator Scott Pruitt. According to the Agency, the proposal will save the industry between $31 million and $100 million per year.

Industry welcomed the action, which, it said, allows “site-specific tailoring of the groundwater monitoring and corrective action requirements of the original CCR rule.” (Edison Electric Institute)

Environmental groups, which called the 2015 rule too weak, assert that the Trump administration “is trying to pare back what already was the bare minimum.” (Waterkeeper Alliance)

Other proposed revisions would:

Provisions the Agency plans to address in its Phase Two proposal include the regulation of inactive landfills; criteria for determining whether activities constitute beneficial use or disposal; and the use of risk-based standards for remediating constituents without an MCL.

The prepublication version of the Phase One proposal is here.