In a display of like-mindedness, congressional Democrats and Republicans came together to pass the Fair Agricultural Reporting Method Act (FARM Act), S. 2421. The bill amends the Comprehensive Environmental Response, Compensation, and Liability Act (CERCLA) by explicitly exempting farmers from the requirement to report emissions of hazardous air pollutants from animal waste at their farms. Fifteen Senate Democrats joined many Republicans in voting to include S. 2421 in the Omnibus Spending Bill signed by President Donald Trump on March 23, 2018. 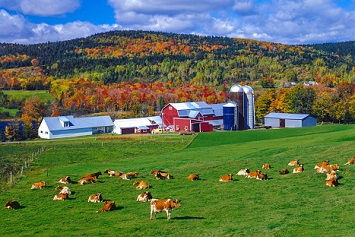 Democrats voting for S. 2421 include Tom Carper, the influential Ranking Member of the Senate Environment and Public Works Committee. Carper is a reliable environmentalist who rarely takes a position that environmental groups oppose, which some do in the case of the FARM Act. But Carper also represents Delaware, which has one of the largest chicken-raising economies in the nation. According to Carper, S. 2421 will provide Delaware farmers certainty and clarity about what is expected of them. Carper notes that his support of the bill was contingent on not including a reporting exemption for air emissions from animal waste under the Emergency Planning and Community Right-to-Know Act (EPCRA). The fundamental difference between reporting under CERCLA and reporting under EPCRA is that under CERCLA, releases must be reported to the federal National Response Center (NRC), while under EPCRA, they must be reported to state and local authorities. The FARM Act makes no changes to EPCRA.

The FARM Act appears to put an end to a decade-long controversy over whether the federal government should be involved in responding to releases of regulated air contaminants from animal waste or whether that role should be up to the states and local governments.

Both CERCLA and EPCRA require parties to notify authorities when large quantities of hazardous materials are released into the environment. CERCLA Section 103 requires that any facility that releases any CERCLA hazardous substance in an amount equaling or exceeding that substance’s reportable quantity (RQ) in a 24-hour period must report that release to the NRC, which is managed by the U.S. Coast Guard. Similarly, EPCRA Section 304 states that a release of any EPCRA extremely hazardous substance that also exceeds that substance’s RQ in a 24-hour period must be reported to the facility’s Local Emergency Planning Committee (LEPC), local fire department, and State Emergency Response Commission (SERC).

Ammonia and hydrogen sulfide, the two chemical emissions from animal waste that are of most concern, are CERCLA hazardous substances and EPCRA extremely hazardous substances. Low concentrations of hydrogen sulfide carry what has been called a rotten-egg odor. The RQ for both chemicals under CERCLA and EPCRA is the same: 100 pounds. The EPA has also developed a reduced reporting regulation under both CERCLA and EPCRA for releases of hazardous substances and extremely hazardous substances that are continuous and stable in quantity and rate. The EPA interprets continuous to mean a release that occurs without interruption or abatement and is routine, anticipated, and intermittent during the normal operation or treatment process. Stable in quantity and rate means predictable and regular in amount and rate of emissions.

In 2008, the EPA issued a final rule that generally exempted farms from CERCLA and EPCRA reporting requirements for air releases from animal waste (December 8, 2008, FR). The action responded in part to a 2005 petition to the Agency from the National Chicken Council, National Turkey Federation, and U.S. Poultry & Egg Association, which sought an exemption from CERCLA and EPCRA reporting requirements for ammonia emissions from poultry operations. In one departure from the exemption, the final rule did not exempt concentrated animal feeding operations (CAFOs) from reporting releases under EPCRA. Apart from that exception, the EPA explained that the rule was reasonable given that there had rarely if ever been a federal response to an air release of ammonia or hydrogen sulfide from animal waste at a farm or livestock operation. In its proposal for the exemption (December 27, 2007, Federal Register), the Agency stated:

“To date, EPA has not initiated a response to any NRC notifications of ammonia, hydrogen sulfide, or any other hazardous substances released to the air where animal waste at farms is the source of that release. Moreover, we cannot foresee a situation where the Agency would take any future response action as a result of such notification of releases of hazardous substances from animal waste at farms because in all instances the source (animal waste) and nature (to the air over a broad area) are such that on-going releases make an emergency response unnecessary, impractical, and unlikely. Typically, if a response is taken as a result of a release notification, the government may require monitoring or make recommendations to local officials regarding evacuations and shelter-in-place. While this may be an appropriate response to hazardous substances releases from tanks, pipes, vents, or in train derailment situations where the emergency may result in acute exposures, the Agency does not believe that this is a necessary or appropriate response to the release of hazardous substances to the air from animal waste at farms.” 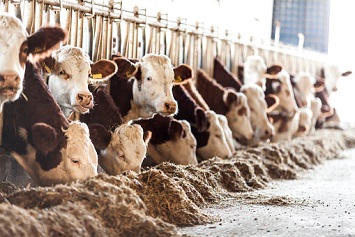 Also factored into the decision to issue the exemption was the absence of methods to accurately estimate the amount of a hazardous air pollutant emitted by animal waste at farms. The EPA has participated in an industry-led undertaking called the National Air Emissions Monitoring Study (NAEMS), which has the goal of developing consensus estimating methods. The study, which is limited to large animal feeding operations, has been ongoing for 12 years and has yet to publicize the desired methods.

Environmental groups petitioned the U.S. Court of Appeals for the D.C. Circuit to overturn the 2008 rule, stating that CERCLA and EPCRA do not permit the EPA to grant reporting exemptions for any releases that reach the RQ. The groups also argued that the rule was arbitrary because it treats air releases from animal waste at farms more favorably than those from other sources (like a leaking ammonia tank) or other locations (like animal waste at zoos, circuses, or slaughterhouses). EPA’s defense of its rule was backed by industry intervenors, including the U.S. Poultry & Egg Association and the National Pork Producers Council.

A D.C. Circuit panel found in favor of the petitioners and vacated EPA’s rule. Among other things, the panel stated that the emissions reports the rule excluded “aren’t nearly as useless as the EPA makes them out to be.” In its opinion, the panel seemed to find value in a statement by the National Association of the Superfund Amendments and Reauthorization Act (SARA) Title III Program Officials, which comprises members of local and state emergency planning commissions. The Association stated:

“The 911 call that comes in from a member of the public in the dark of night reporting a foul or chemical odor rarely contains information on the source. The responders are forced to guess at that source as they gauge their response. ‘Immediate’ release reporting by facilities under EPCRA provides crucial information to those responders. Without such information responders are forced to blindly drive through an area not knowing what they are looking for—is it a vehicle accident, a facility release, or something worse will be the question in their minds.”

According to the panel, this comment provided at least one way that local or state authorities might use the CERCLA release reports, that is, to narrow an investigation when they get a phone call reporting a suspicious smell or similarly vague news of a possibly hazardous substance leak.

But in a March 8, 2018, hearing of the Senate Committee on Environment and Public Works (EPW) to discuss S. 2421, both lawmakers and witnesses returned to EPA’s original position for promulgating the 2008 rule—that emissions of hazardous chemicals from animal waste do not create health risks during routine farming activities. One witness, Todd Mortenson, a rancher and member of the South Dakota Cattlemen’s Association, explained how reporting emissions under CERCLA to multiple federal agencies provides little value to public health. 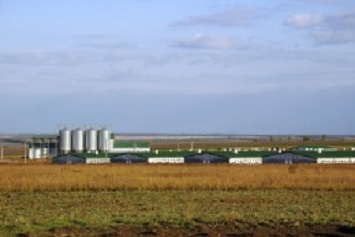 “On my pasture-based cow calf operation, I manage 1,295 cows on 19,000 acres,” said Mortenson. “Because my cattle are so spread out, the concentration of emissions is extremely low. But CERCLA does not consider concentration, only release. It makes no difference whether my cattle are spread over 10 acres or 10,000 acres; if my cattle emit over 100 pounds of ammonia or hydrogen sulfide per day, I am required to report their emissions to the Coast Guard and the EPA.”

Another witness, Bill Satterfield, executive director of Delmarva Poultry Industry Incorporated, noted the impracticality of the CERCLA requirement because of the absence of a simple monitoring methodology that can be utilized by small farmers.

“Requiring emissions monitoring is difficult,” testified Satterfield. “Calculating air emission levels is very complicated and it is hard to do, and there needs to be a whole lot more research on how do you do it, because chicken houses differ, the age of the birds is a factor, the age of the litter material, the weather, the treatment of the birds inside the house are all factors.”

A different position was offered by Mark Kuhn, a farmer and member of the Board of Supervisors from Floyd County, Iowa, who spoke about the harmful effects of emissions from CAFOs.

“A preponderance of evidence shows that toxic air emissions from CAFOs can adversely affect immediate neighbors and nearby communities,” testified Kuhn. “Those with allergies, asthmatics, especially children, in which asthma is more common, and adults with [chronic obstructive pulmonary disease] are at particular risk.”

Kuhn told the story of the Schwartzkopfs, an Iowa family that is surrounded by three large CAFOs, how this has affected their health and quality of life, and how they should receive protections under both EPRCRA and CERCLA. Kuhn noted that communities should be able to find out whether they are being exposed to high quantities of toxic chemicals emitted by animal waste. He further disagreed that reliable methods to measure these emissions do not exist, citing work performed by the Iowa Department of Natural Resources. The important point, according to Kuhn, is that the public should have access to information about emissions.

“I understand that the U.S. Coast Guard might not be the best place for this type of information to be presented,” Kuhn said, “but for the Schwartzkopfs and other families like them, they want it somewhere, and they are not getting the answers they need now.”

A transcript of the EPW hearing is here.