Self-insurance as a means for mining companies to show regulators that funds will be available to remediate damage to the environment caused by industrial activities is coming under increasing scrutiny and is not holding up well under the magnifying glass. 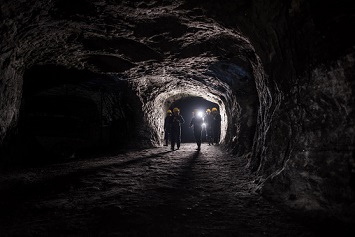 In December 2017, EPA’s Office of Inspector General reported that the Agency did not have the ability to determine if a company’s self-insurance is valid and adequate to ensure that the cleanup of waste sites under the Comprehensive Environmental Response, Compensation, and Recovery Act (CERCLA) and the Resource Conservation and Recovery Act (RCRA) could be completed without requiring taxpayer dollars. Now, the U.S. Government Accountability Office (GAO) reports that corporate self-insurance, also called self-bonding, as a tool to assure remediation of surface and underground coal mines carries too many uncertainties and is a financial assurance only in the flimsiest and most unreliable meaning of that term. In this case, self-bonding occurs under the federal Surface Mining Control and Reclamation Act (SMCRA) and is authorized by the Department of the Interior’s (DOI) Office of Surface Mining Reclamation and Enforcement (OSMRE) or states authorized by the OSMRE to run the SMCRA program.

According to the GAO, self-bonding by coal mine operators presents a risk to the federal government and states because it is difficult to ascertain the financial health of an operator, determine whether the operator qualifies for self-bonding, and determine whether a replacement for existing self-bonds can be obtained when an operator no longer self-qualifies. Some stakeholders also told the GAO that the risk from self-bonding is greater now than when the practice was first authorized under the SMCRA. The GAO recommends that Congress consider amending the SMCRA to eliminate self-bonding. The DOI and the OSMRE neither agreed nor disagreed with GAO’s recommendation.

In 2016, coal accounted for approximately 17 percent of domestic energy production. The surface effects of coal mining are regulated under the SMCRA, which also created the OSMRE to administer the act. The SMCRA allows the DOI to grant primacy to an individual state or Indian tribe; that is, the DOI determines that the state or tribe has the resources to implement and enforce the act. Of the 25 states and four Indian tribes that the OSMRE identified as having active coal mining in 2017, 23 states had primacy; the OSMRE manages the coal program in two states and for the four Indian tribes.

Under the SMCRA, mine operators must obtain a permit before starting to mine. The permit process requires operators to submit plans describing the extent of proposed mining operations and how and on what timeline the mine sites will be reclaimed. Specifically, operators must: 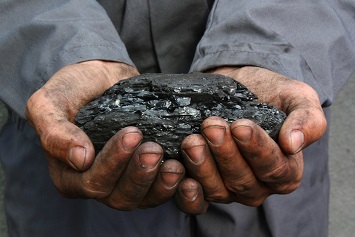 Challenges facing the OSMRE and state regulatory authorities related to self-bonding include the following:

Some parties interviewed by the GAO noted that surety companies have declared bankruptcy or experienced financial difficulties in the past and could experience similar difficulties in the future. In addition, two states reported recent issues related to surety companies. For example, state regulatory authority officials in Alabama said that a surety company that had provided surety bonds totaling $760,000 for four mines in that state had gone bankrupt or was insolvent. As of May 2017, the state had collected only $127,000. Similarly, state regulatory officials in Alaska said that as of August 2017, the state had not collected any part of a forfeited $150,000 surety bond because the surety company had gone bankrupt.

The GAO concludes its report with a recommendation to Congress, specifically: “Congress should consider amending the SMCRA to eliminate the use of self-bonding as a type of financial assurance for coal mine reclamation.”