Whether to test or not to test for polychlorinated biphenyls (PCBs)—that was the question (among others) raised in the panel discussion “Managing PCBs in Buildings: Renovations, Transactions, Demolition, and More” at the Connecticut Business & Industry Association (CBIA) Energy & Environment Conference on May 18, 2018, in Farmington, Connecticut. 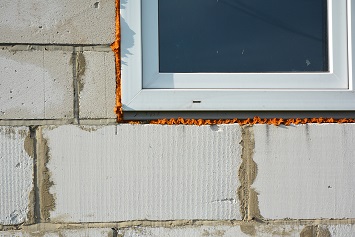 The panel of three attorneys and a property developer introduced the discussion by noting that New England is a hotbed of strict PCB management in buildings due, in part, to notable PCB contamination of New England rivers and other waterways in the past century. Connecticut is especially stringent as to the concentration level of PCBs that is acceptable in buildings.

When many people think of PCBs, it’s usually in the context of PCB liquids in transformers and capacitors. However, these synthetic chemicals that were manufactured between 1920 and 1979 (when they were banned) were used extensively in the caulk, cement, window glazes, wood floor sealants, and other building materials because of their flame-retardant and long-lasting qualities. In fact, the window frames of approximately 25 percent of existing schools in the United States that were built before 1979 contain PCBs.

Under the federal Toxic Substances Control Act (TSCA) rules, substances containing PCBs in concentrations below 50 parts per million (ppm) are exempted from regulation. In other words, such “excluded” PCB substances are allowed to retain PCBs—PCBs are not required to be removed from the caulk and other building materials into which they were once legally added. New England states have standards that are stricter than their federal counterparts, with Connecticut’s being the most stringent.

For example, unlike other states, Connecticut requires any building maintenance staff that cleans or sweeps up flaking PCB materials, such as caulk, to receive hazardous materials training. But the Connecticut standard that is most relevant to building projects is that the quantity of PCBs that can remain in a building being remodeled (i.e., be excluded from regulation) is ≤ 1 ppm. Although both of these Connecticut standards are not state regulations but, rather, are Connecticut Department of Energy and Environmental Protection (DEEP) policies, they have the weight of regulations as they are enforced by DEEP. 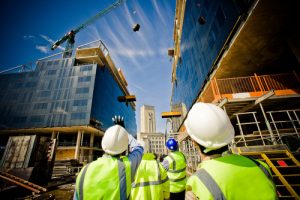 You see the problem here: Once you determine that a material (e.g., caulk) is above the exclusion standard, you open a can of worms in that more than just the caulk will probably need to be removed and disposed of properly or encapsulated. The exclusion standard of ≤ 1 ppm is consequently deemed by many to be quite draconian and an impediment to the renovation and demolition of buildings with materials that contain PCBs. But in the scenario described, the only way of determining if the caulk contains PCBs above the exclusion level is by testing it. It is not possible to know the level of PCBs in a material by observation.

Strange as it may seem, Connecticut does not require that you test building materials for PCBs when undertaking a demolition or renovation project. So, the question is, Do you test a building material and potentially open yourself up to the expense and cascading consequences of finding out that its concentration of PCBs is above the exclusion level? The CBIA panel spoke about some of the advantages and disadvantages associated with testing.

Advantages. Testing protects people from exposure to PCBs and would be helpful in warding off future lawsuits should it be determined later that PCBs are present (as ignorance of the presence of PCBs is not a defense). Testing results of PCB concentrations ≤ 1 ppm provide peace of mind. By testing, you can have a handle on what the expenses of the building demolition or renovation will be.

Disadvantages. As discussed in the scenario described above, if testing results reveal PCB concentrations greater than 1 ppm, the building project just became more expensive and time-consuming than originally anticipated. More testing will probably need to be done, and if a sale is involved, it could fall through.

The panel noted that most property developers that choose not to test dispose of untested discarded materials in a landfill approved for PCB disposal under the “better to be safe than sorry” concept.

Although it’s unclear as to whether testing or not testing is the right choice, what is clear is that it is a difficult decision. Many factors come into play, and they must be considered carefully. The CBIA panel recommended that you consult early in the building or renovation process with consultants and lawyers if you suspect that the presence of PCBs is an issue.