The EPA is facing double-barrel lawsuits—one barrel from the attorneys general of three states, the second from five farmworker advocacy groups—over the Agency’s delay in making it mandatory for farmworker employers to train their employees about the contents of the Agency’s 2015 revisions to the Worker Protection Standard ((WPS), November 2, 2015, Federal Register (FR)). Both suits claim the Agency has illegally delayed publishing an FR notice announcing the availability of new materials employers must use to train workers in the expanded list of topics in the revised WPS. Employers are not required to conduct such training until 180 days after the availability notice is published in the FR. The training materials are complete and available online here. 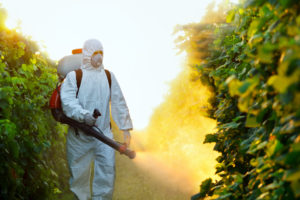 Initially issued in 1992 under the Federal Insecticide, Fungicide, and Rodenticide Act (FIFRA), the WPS is “primarily intended to reduce the risks of illness or injury to workers and handlers resulting from occupational exposures to pesticides used in the production of agricultural plants on agricultural establishments.”

The 2015 rule was the first significant revision of the WPS. Among the objectives of the revision was to enhance protections for vulnerable groups from exposure to harmful levels of pesticides; these groups include minority or low-income populations, child farmworkers, farmworker families, and other persons who may be on or near agricultural establishments.

In the state suit, the AGs from California, Maryland, and New York complain that the EPA did not explain how publishing the notice of availability would create extra work or costs for developers or EPA reviewers, given that training materials had already been prepared, approved by the EPA, and made accessible on the Internet with EPA’s approval.

“Until EPA publishes the notice of availability, employers are not required to train farmworkers and pesticide handlers that, for example, there are risks to their families, including children and pregnant women, from pesticide residues and to provide them information on how to reduce take home exposures,” the AGs state in their complaint. “Current training instructs farmworkers and pesticide handlers to remove and wash their clothes to protect themselves, but does not mention the risk to their families.”

The thrust of AGs’ legal argument is that the EPA decided to delay issuance of the availability notice until conclusion of its reconsideration without considering the harms to farmworkers, pesticide handlers, and their families from pesticide exposure during the delay.

“EPA’s decision not to publish the notice of availability harms (i) New York’s and Maryland’s farmworkers and pesticide handlers, and migrant farmworkers and pesticide handlers from California working in other states, by denying them training that can help protect their health and the health of their families, and (ii) the States by causing financial and economic harms, including increased health care costs and lost work days,” the AGs state. “The decision … is arbitrary, capricious, an abuse of discretion, and not in accordance with law.”