A federal district court judge gave the EPA 6 months to promulgate—and post on the Web—final federal implementation plans (FIPs) for five upwind states that are contributing significantly to nonattainment of the 2008 National Ambient Air Quality Standards (NAAQS) for ozone in Connecticut and New York State, both downwind states. 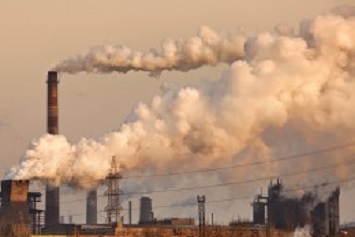 The two states jointly sued the EPA in January 2018, alleging that the Agency had failed to meet the statutory deadline to issue FIPs to control cross-state air pollution as required by Clean Air Act Section 7410(a)(2)(D)(i)(I), known as the Good Neighbor Provision. The EPA did not dispute that it had both missed the deadline and that it was feasible to promulgate the final actions requested by the two states by December 6, 2018. The EPA did ask that District Judge John G. Koeltl allow the Agency to not actually release the signed rule to the public on its website by the December 6 deadline. Koeltl declined the request.

In 2008, the EPA revised the ozone NAAQS by setting a health-based standard of 75 parts per billion. On July 13, 2015, the Agency published notice in the Federal Register (FR) of its finding that 24 states had failed to submit state implementation plans (SIPs) to satisfy their obligations under the Good Neighbor Provision with respect to the 2008 ozone NAAQS.

Subsequently, the EPA has not approved a SIP or SIP revision for any upwind state correcting this deficiency. Also, the 2015 FR notice triggered a statutory 2-year deadline— until August 12, 2017—for the Agency to promulgate FIPs to fully address the Good Neighbor Provision.

“To date, the EPA has not taken action to issue FIPs fully resolving interstate transport obligations under the Good Neighbor Provision for the 2008 ozone NAAQS for the defaulting states,” wrote Koeltl. “The EPA therefore has plainly missed the deadline by which they were required to do so.”

In their petition to the court, Connecticut and New York argued that air pollution sources in the upwind states of Illinois, Michigan, Pennsylvania, Virginia, and West Virginia were significantly contributing to ozone concentrations in the petitioners’ two states. The petitioners noted that in its 2016 Cross-State Air Pollution Rule Update (CSAPR Update), which relates to the interstate transport of air pollution with respect to the 2008 ozone NAAQS, the EPA finalized partial FIPs for several upwind states.

“However, by EPA’s own admission, the CSAPR Update constituted only a partial remedy for interstate transport of pollution, and did not completely fulfill EPA’s outstanding obligation under the Act to prohibit interstate transport of air pollution that significantly contributes to nonattainment or interferes with maintenance of the ozone NAAQS in downwind states,” stated the petitioners. “Thus, the CSAPR Update did not fully satisfy the Good Neighbor requirements set forth in section 110 of the Act.”

Connecticut officials have stated that in parts of the state, interstate air pollution accounts for up to 90 percent of ground-level ozone.

Proposal and Rule Are Feasible

“The defendants have conceded that they failed to perform their nondiscretionary duties under the Clean Air Act because they did not promulgate FIPs to fully resolve interstate transport obligations under the Good Neighbor Provision for the defaulting states,” wrote Koeltl. “The defendants also agreed that it is feasible for the Agency to ‘sign and disseminate a notice’ of a proposed action addressing these obligations by June 29, 2018, and ‘to promulgate a final action’ by December 6, 2018.”

The EPA argued that the administrator should be required only to sign both the proposed and final actions and not be required to disseminate them, as it usually does via a public Web posting. The plaintiffs responded that such an action was insufficient, and Koeltl agreed.

“There is no reason why the EPA should not be required to follow that typical practice here, especially where they have agreed it is feasible for them to do so,” wrote Koeltl.

Koeltl’s opinion and order are here.