When we think of companies like Amazon and Tesla, we think of technologically innovative organizations on the cutting edge of their industries. When we add in home improvement behemoth Lowe’s, we still see a group of extremely prominent and well-respected companies with vast resources at their disposal. 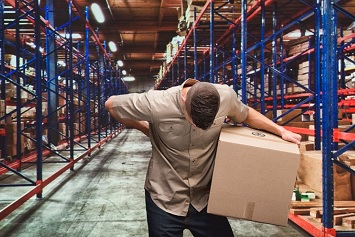 That’s why it’s so surprising to see these three big names on the National Council for Occupational Safety and Health’s (National COSH) list of “The Dirty Dozen” employers of 2018.

The National COSH lists the reasons these and other employers were included on the list this year:

Amazon: Seven workers were killed at Amazon warehouses since 2013—including three workers within 5 weeks at three separate locations in 2017.

Lowe’s Home Improvement: Fifty-six U.S. deaths are linked to exposure to paint strippers containing methylene chloride, including 17 workers who died while refinishing bathtubs. The retail giant still sells products with this deadly substance despite appeals from workers, consumers, and families.

“The Dirty Dozen” list is one of many reasons companies need to put an emphasis on safety. Being on this kind of list is bad publicity for these companies in terms of potential investors and customers who are concerned about workplace safety and the well-being of workers.

It’s also bad for prospective hiring because employees obviously want to be able to work in a safe and healthy environment. But most importantly, it’s bad for the workers themselves. Employees shouldn’t have to go to work every day worried that they could be injured or killed on the job.

While responses to their places on the list from these companies tend to tout the time, effort, and resources they put into their safety programs, there is clearly more that needs to be done. Results talk.