In a final rule, the EPA has promulgated amendments to its 2015 requirements for the disposal of coal combustion residuals (CCRs) generated by electric utilities (April 17, 2015, Federal Register (FR)). The final amendments, which were included in a package of revisions the Agency proposed in early 2018 (March 15, 2018, FR), loosen the stringency of the 2015 rule by providing states with an EPA-approved CCR permit program with the authority to suspend groundwater monitoring requirements and removing the requirement that only a professional engineer may certify technical aspects of CCR surface impoundments. The final rule does not address several other provisions of the 2018 proposal, which the Agency says it will deal with in a subsequent action. 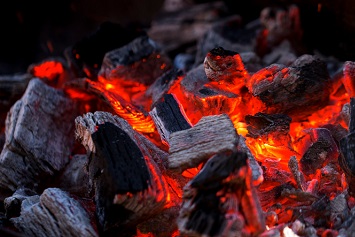 Shifting Authority to the States

The 2015 rule established a comprehensive set of minimum requirements for the disposal of CCR in landfills and surface impoundments. The action created a self-implementing program that regulates the location, design, operating criteria, groundwater monitoring, and corrective action for CCR disposal, as well as regulating the closure and post-closure care of CCR units and requiring recordkeeping and notifications for the units. The regulations do not cover the beneficial use of CCRs.

In December 2016, President Barack Obama signed the Water Infrastructure Improvements for the Nation Act (WIIN Act), which established a federal permitting program similar to those for hazardous wastes under Resource Conservation and Recovery Act (RCRA) Subtitle C. Under the WIIN Act, states may develop and submit a CCR program to the EPA for approval. Once approved, the state permit program operates in lieu of the federal requirements.

The March 2018 proposed amendments were developed to, first, address provisions of the 2015 regulations that the D.C. Circuit remanded to the Agency on June 14, 2016; second, to provide states with approved CCR permit programs, or the EPA where it is the permitting authority under the WIIN Act, the ability to set certain alternative performance standards; and third, to address the use of CCR during certain closure situations.

The final revisions will:

The Agency estimates that the final revisions will save affected facilities an estimated $4.8 million a year.

The prepublication version of the final amendments is at https://www.epa.gov/sites/production/files/2018-07/documents/final_ccrphase1part1.pdf.