Carbon monoxide (CO) in quantities that exceed OSHA’s permissible exposure limit (PEL) of 50 parts per million (ppm) as an 8-hour time-weighted average (29 CFR 1910.1000 Table Z-1) can occur in indoor work areas where fuel with a carbon content (e.g., natural gas, gasoline, kerosene, oil, propane, coal, wood, or plastic) is incompletely combusted. One of the most common indoor sources of CO are forklifts that have not been properly maintained or for which a dilution flow of air has not been established. 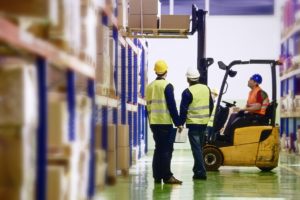 This hazard was recently reported by OSHA in conjunction with an investigation into an Illinois-based pallet manufacturer. According to the agency’s citation, the company allowed its workers to operate defective forklifts that were generating nearly 10 times the PEL. Despite alarms from CO detectors, OSHA states that the employer continued to allow the employees to work in the hazardous area. Ten employees required emergency medical treatment for CO exposure. The company is facing penalties totaling $216,253.

Once inhaled, CO displaces oxygen in the blood and deprives the heart, brain, and other vital organs of oxygen. CO has long been known as a “silent killer” for two reasons. First, the gas is colorless, odorless, and tasteless and, alone, cannot be detected by workers; CO may combine with other gases that do carry an odor. Second, exposure to unsafe levels of CO can produce symptoms that may not be associated with CO poisoning. For example, exposure to 200 ppm (0.02 percent CO in the air) can cause headaches, fatigue, nausea, and dizziness, symptoms more commonly brought on by the flu. While short-term CO exposure at 200 ppm will not typically produce serious illness, continued exposure at that level can result in a dangerous accumulation of CO in the blood.

Once exposure reaches 800 ppm, the risk of death enters the picture if exposure is prolonged. Very high exposure levels (e.g., 12,000 ppm) will result in almost instant death. According to a fact sheet published by the Communication Workers of America ((CWA), CO causes more deaths than any other toxic agent except alcohol.

“At least another 10,000 workers suffer from the debilitating effects of high-level exposure,” says the CWA. “Millions more are subject to low-level, long-term CO exposure, the effects of which are not well defined.” 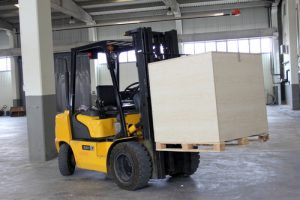 In a fact sheet, OSHA says employers can implement the following measures to reduce the chances of CO poisoning in employees:

In addition, OSHA’s confined space standard requires that employers ensure that workers test for oxygen sufficiency before permitting employees to enter a confined space where the presence of CO is suspected.