In February 2018, the EPA requested public comment on whether the Agency should continue to abide by its “previous statements” regarding whether point source pollutant discharges to groundwater are subject to regulation under the Clean Water Act (CWA) if the groundwater has a hydrologic connection to Waters of the United States (WOTUS) or waters that Congress made specifically jurisdictional under the CWA (February 20, 2018, Federal Register (FR)). 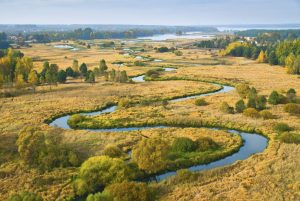 The previous Agency statements, made in multiple CWA rules promulgated in the 1990s and early 2000s, are that point source discharges to groundwater that flows into jurisdictional waters are indeed a CWA-regulated activity. Probably the most consequential effect of this interpretation is that these indirect discharges must be permitted under CWA’s National Pollutant Discharge Elimination System (NPDES).

The public comment period for the notice ended May 21, 2018, and the Agency received nearly 1,000 responses, many from major stakeholders, including industry associations, environmental groups, state attorneys general, members of Congress, state environmental agencies, public water utilities, regional water authorities, and independent water associations. The size of the response indicates that any eventual EPA action—that is, whether or not the Agency changes the position it made in its previous statements—will have significant impacts on the regulated community and, many commenters assert, on the quality of the nation’s surface waters. This article looks at the background of the issue as well as comments submitted by several stakeholders, which characterize the different positions in this important CWA debate.

As written by Congress, NPDES regulates the discharge of pollutants from point sources to “navigable waters.” The EPA has previously stated that pollutants discharged from point sources that reach jurisdictional surface waters via groundwater or other subsurface flow that has a direct hydrologic connection to the jurisdictional water are subject to CWA permitting requirements. For example, in its 2001 proposed NPDES Permit Regulation and Effluent Limitations Guidelines and Standards for Concentrated Animal Feeding Operations (CAFOs) (January 12, 2001, FR), the Agency stated: “EPA has made a determination that, in general, collected or channeled pollutants conveyed to surface waters via ground water [sic] can constitute a discharge subject to the Clean Water Act.”  That position was repeated in the CAFO final rule, wherein the Agency stated that it believed the EPA and CWA-authorized states permitting authority may impose special permit terms and conditions addressing such circumstances on a case-by-case basis. 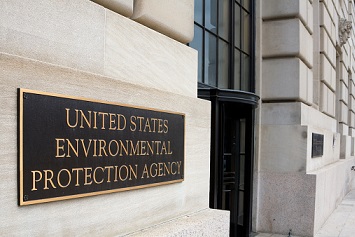 This issue has been fielded by the federal courts, most of which have deferred to EPA’s position that a point source discharge to groundwater that is hydrologically connected to WOTUS is CWA jurisdictional. In one of the more recent cases (Hawaii Wildlife Fund v. County of Maui, February 1, 2018), the 9th Circuit considered pollution from several inland wells, which had seeped into the Pacific Ocean.  A tracer-die test confirmed the seepage. The court stated: “We hold the County liable under the CWA because the County discharged pollutants from a point source; the pollutants are fairly traceable from the point source to a navigable water such that the discharge is the functional equivalent of a discharge into the navigable water; and the pollutant levels reaching navigable water are more than de minimis.” In the case, the EPA submitted an amicus brief describing its “long-standing position” that discharges to groundwater hydrologically connected to navigable waters are CWA jurisdictional.

The counter position, endorsed by some courts is that the CWA states unequivocally that a regulated pollutant must issue from a point source to a jurisdictional water; Congress gave no indication that an intervening groundwater conduit was also jurisdictional. For example, in Cape Fear River Watch v. Duke Energy Progress (2014), a North Carolinadistrict court held that “Congress did not intend for the CWA to extend federal regulatory authority over groundwater, regardless of whether that groundwater is eventually or somehow ‘hydrologically connected’ to navigable surface waters.”

While the U.S. Supreme Court has not ruled on this specific issue, those who want the EPA to stick with its previous statements may find support in an unlikely place—Justice Antonin Scalia’s statement in the plurality opinion in Rapanos v. Army Corps of Engineers (2006).

What the CWA Says/Doesn’t Say

In its request for comment, the EPA says it may clarify or revise its previous statements through memoranda, guidance, or rulemaking. Certainly if the Agency choses the rulemaking avenue, any final action will be challenged in court. The litigation will revolve primarily around the language of the CWA. Commenters who take opposing views on the issue assert that that language supports their conflicting statutory interpretation.

One side of the discussion was offered in a comment letter signed by the attorneys general of 15 states. The AGs state:

“The hydrological connection theory is incompatible with the CWA’s text. The statute makes clear that a discharge of pollutants must meet two independent requirements before it triggers NPDES permitting requirements: the discharge must ‘add pollutants to navigable waters, and it must do so ‘from any point source’—that is, from ‘any discernible, confined and discrete conveyance. This language makes clear that while the CWA covers some indirect discharges into navigable waters, those discharges must proceed from one distinct point source (i.e., a pipe) into another (i.e., a drainage ditch or channel), which then ‘convey[s]’ the pollutant to navigable waters.”

A different view is presented by the Southern Environmental Law Center (SELC), which submitted comments on behalf of 32 environmental groups. According to the SELC:

“The Clean Water Act does not provide, as some polluters would like, that a discharge is an addition of a pollutant ‘directly’ to navigable waters, or ‘by’ a point source. The language contains no such limitation or loophole. Instead, the language is intentionally written broadly to encompass ‘any’ addition of ‘any’ pollutant ‘to’ navigable waters ‘from’ any point source. If Congress had intended to exclude discharges of pollutants that leave a point source some distance short of the river’s bank but then flow over or under the surface of the ground or via groundwater to surface water, then the Clean Water Act would contain such exclusionary language. Such a remarkable gap in the Act’s prohibition against unpermitted pollution would have to be much more clearly stated, in this statutory context. In part, it would create a huge loophole in the Act’s coverage, allowing any polluter to avoid the Clean Water Act by simply moving its point source back from the water’s edge. Congress did not include such a remarkable exclusion in the Clean Water Act and, to the contrary, plainly provided that ‘any’ discharges ‘to’ surface waters are within the Act’s jurisdiction.”

But the National Association of Home Builders (NAHB) believes that once pollution is in groundwater it is out of reach of the CWA. The NAHB comments: 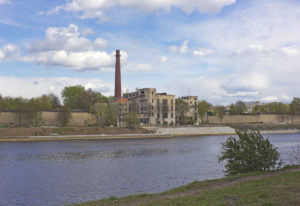 The current EPA and its Administrator, Scott Pruitt, have argued that the Agency has wrested away too much authority the federal environmental statutes intended for the states. The request for comment addresses this in its opening paragraph, noting that CWA Section 1251(a) expressly intends that states retain their traditional role in preventing, reducing, and eliminating pollution. The AGs also assert that the Agency’s previous statements constitute an expansion of the CWA beyond its textual limits and call into question the constitutionality of those statements because they encroach upon a traditional state power. The AGs write:

“This is precisely what an expansive ‘hydrological connection’ interpretation would do. Instead of relying on States to regulate groundwater and nonpoint source pollution, this theory would dramatically expand the scope of the NPDES permitting regime. Given the ubiquitous presence of groundwater in state lands, the natural tendency of groundwater to migrate downhill, and the high likelihood that migrating groundwater will connect with navigable waters at some point, nearly all state land could fairly be said to have a hydrological connection to the waters of the United States. An infinitely elastic view of federal jurisdiction could all-but envelop the core element of state sovereignty, instead authorizing the federal government ‘to function as a de facto regulator of immense stretches of intrastate land’ [Rapanos].”

The Colorado Department of Public Health and the Environment (CDPHE) disagreed. The state’s comment letter, which was signed by Patrick Pfaltzgraff, director of CDPHE’s Water Quality Control Division, diverged from the views of Cynthia H. Coffman, the state’s AG, who signed the AG comment letter discussed above.  Pfaltzgraff wrote:

Other aspects of the issue for which the EPA requested comment include whether federal statutes apart from the CWA (e.g., the Safe Drinking Water Act and the Comprehensive Environmental Response, Compensation, and Liability Act) provide sufficient protections for—or provide sufficient opportunities to—protect groundwater. Also, the Agency asked that if it chooses to clarify rather than withdraw its previous statements, which elements should be clarified? For example, one clarification might specify which hydrologic connections to jurisdictional waters are direct and which are not direct.

Public comments on all the above issues and related topics are available here.