The EPA is taking steps to address the presence of per- and polyfluoroalkyl substances (PFAS) in drinking water and other media, but, to date, the Agency’s actions involve gathering more information rather than issuing regulations. In its latest announcement, the EPA discusses its use of nontargeted analysis to identify PFAS in samples. This method allows researchers to identify and characterize thousands of substances in various media and is considered far more efficient than more traditional targeted analysis, which requires that researchers know beforehand which of thousands of PFAS they are looking for. 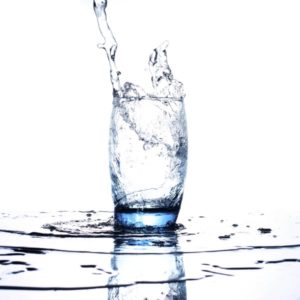 The Agency is also currently engaged in a tour of states to determine which communities are impacted by PFAS contamination. But some state leaders as well as environmental groups are calling for the Agency to do much more to reduce the harm caused by PFAS. Actions being requested include designating PFAS a contaminant under Superfund and the Clean Water Act (CWA) and also banning further manufacture of the chemicals under the Toxic Substances Control Act (TSCA).

Introduced in the 1940s, PFAS have multiple applications. The best-known uses include providing fabrics with stain- and water-resistance and nonstick properties to cookware. PFAS are also used in firefighting foams and the manufacture of electronic products. Qualities such as durability that have made PFAS a desirable chemical also contribute to its persistence in the environment and in the human body. Studies indicate that two PFAS, perfluorooctanoic acid (PFOA) and perfluorooctane sulfonate (PFOS) can cause reproductive and developmental, liver, kidney, immunological effects, and cancer (PFOA) and thyroid hormone disruption (PFOS) in laboratory animals.

While PFAS exposure can occur in multiple ways (e.g., via soil and food consumption), the major current concern appears to be its presence in drinking water. PFAS manufacturers have agreed to pay hundreds of millions of dollars to settle high-profile class action lawsuits claiming they polluted surface water and groundwater in West Virginia and Minnesota. About two dozen similar cases are ongoing.

Industry has collaborated with the EPA to undertake several voluntary phaseouts of the chemicals. For example, by 2002, the primary U.S. manufacturer of PFAS voluntarily phased out its production. In 2006, eight major companies in the PFAS industry voluntarily agreed to phase out production of PFOA and PFOA-related chemicals by 2015. However, the EPA notes that there are a limited number of ongoing uses of PFOA-related chemicals, which are still available in existing stocks and from companies not participating in the PFOA phaseout program. In addition, exposure could occur via goods imported from countries where PFOS and PFOA are still used.

What Has the EPA Done?

In addition to its use of nontargeted analysis, as noted above, the EPA has claimed credit for about a dozen actions to address PFAS. In terms of reducing exposure, the Agency notes its continuing work with industry to phase out PFOA, its descriptions of processes to treat PFOA and PFOS in drinking water, upcoming recommendations to clean up PFOA and PFOS in groundwater, and issuance of PFOA and PFOS drinking water health advisories.

Also, this May, the Agency convened a National Leadership Summit on the challenges of addressing PFAS contaminants and what has been and can be done. At the summit, community leaders expressed their belief that the Agency needs to use its legal powers to accelerate solutions to PFAS contamination. Some of these ideas were contained in a letter New Hampshire’s two Democratic senators, Maggie Hassan and Jeanne Shaheen, sent to ex-EPA Administrator Scott Pruitt after the summit. The senators called on the EPA to evaluate the steps needed to designate PFAS hazardous substances under Superfund; this would compel responsible parties to be held accountable for any future release.

Meanwhile, environmental groups say the Agency should take a much more comprehensive approach. For example, in a blog, Daniel Rosenberg, of the Natural Resources Defense Council, lists 11 actions the EPA should take. These include listing PFAS as CWA toxic pollutants and hazardous substances, requiring PFAS reporting under the Emergency Planning and Community Right-to-Know Act’s Toxics Release Inventory, banning new uses of PFAS under TSCA’s Significant New Use Rule, and requiring drinking water systems to monitor a wider range of PFAS under the Safe Drinking Water Act.

The EPA provides information about PFAS, including updates on actions it is taking, here.