Our first environmental enforcement report for August 2018 has summaries of five recent cases—and two of them resulted in penalties of over $1,000,000. It’s an ongoing reminder of the importance of environmental compliance to an organization’s bottom line. 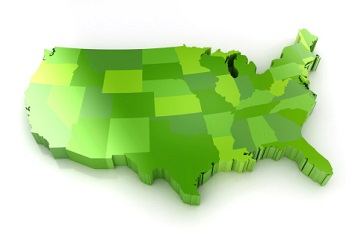 CWA violations: The EPA alleged that the Electric Boat Corporation, a submarine assembly facility, was in violation of Clean Water Act (CWA) regulations. The company failed to adequately implement best management practices to minimize the impacts of stormwater discharges on the Thames River. In addition, EPA inspectors observed an employee dump used fiberglass resin into a storm drain.

CWA and EPCRA, TRI violations: An EPA inspection revealed that Bath Iron Works, a naval destroyer builder, was in violation of the Emergency Planning and Community Right to Know Act’s (EPCRA) Toxic Release Inventory (TRI) program and CWA regulations. The company failed to submit TRI reports for chromium, copper, manganese, and nickel for the 2013, 2014, and 2015 reporting years. In addition, Bath Iron Works failed to fully comply with all the requirements in its stormwater permit, which requires the company minimize the exposure of waste from the shipbuilding process so that when it rains the pollutants do not flow into the Kennebec River.

EPCRA, TRI violations: Three companies in New England were found in violation of the EPCRA TRI program regulations. The EPA alleged that Masters Machine, a manufacturer of precision automotive and electrical components, failed to file TRI forms for copper for the years 2013, 2014, and 2015, and for lead for the year 2014. Smith & Wesson, a gun manufacturer, failed to file TRI forms for nickel in 2012 and 2013 and for manganese and chromium in 2012. Finally, Atlantic Footcare, which makes shoe inserts and prosthetics, failed to file annual TRI forms for chemicals within the diisocyanates chemical category in 2014, 2015, and 2016.

CWA violations: According to the EPA, CSX Transportation was found in violation of federal CWA regulations, the West Virginia Water Pollution Control Act, and the West Virginia Groundwater Protection Act. In February 2015, a CSX Transportation train with 109 railcars transporting crude oil derailed in Mount Carbon. Of the 109 cars, 27 containing approximately 29,000 gallons of Bakken crude oil each, derailed and approximately half of the cars ignited. The derailment caused the spill of crude oil into Armstrong Creek and the Kanawha River, which are waters of the United States, and onto the rivers’ adjoining shorelines.

Penalty: $1,200,000 fine. In addition, the company must pay $500,000 into a state-administered fund to upgrade a water treatment facility in Fayette County, West Virginia.

CAA, RMP violations: The EPA alleged that Dupont, a chemical company, had a total of 22 separate violations of the Clean Air Act’s (CAA) Risk Management Program (RMP). In November 2014, the company released nearly 24,000 pounds of methyl mercaptan from its La Porte, Texas facility. The release resulted in the deaths of four Dupont employees. An EPA inspection revealed that some of the company’s violations included failure to develop and implement written operating procedures, failure to adequately implement management of change procedures, and failure to implement safe work practices. In addition, the company had mechanical integrity violations. The facility is no longer in operation