The Occupational Safety and Health Review Commission (OSHRC) is requesting recommendations regarding possible changes to its procedural rules at 29 CFR 2200. The OSHRC notes that the last comprehensive revision of its rules occurred in 2005. 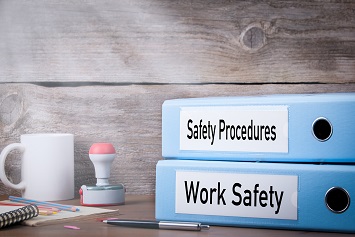 “Since that time, technological advances, including implementation of the e-filing system as well as the evolution of practice before the Commission have called for a careful reexamination of the Commission’s rules of procedure, as set forth in 29 CFR part 2200,” states the OSHRC.

The OSHRC was formed along with OSHA under the 1970 Occupational Safety and Health (OSH) Act to render decisions when employers and employees contest the findings of an OSHA workplace safety inspection. The OSHRC is an independent agency; it is not part of OSHA or any other federal agency or department.

The OSHRC’s Rules of Procedure provide for two levels of adjudication. The first level is before an administrative law judge (ALJ) assigned by the OSHRC.  The second level is a review of the ALJ’s decisions by the OSHRC’s commissioners if one of the parties petitions for review. All OSHRC decisions are at https://www.oshrc.gov/decisions. Any person who is adversely affected or aggrieved may also appeal the decision of the OSHRC to an appropriate U.S. Court of Appeals.

In its request for recommendations, the OSHRC notes that it will consider recommendations to change any of its rules. However, it is particularly interested in getting feedback on whether:

The OSHRC notes that is it especially interested in hearing from those who practice before it on what rules their experience suggests would benefit from a revision. Comments suggesting a rule change should include a brief discussion of the reasons for the change, why the change would facilitate improved practice before the OSHRC, and reference to authority where necessary.

The OSHRC’s request for recommendations was published in the September 7, 2018, Federal Register (FR).