In its latest maneuver to shrink the regulatory legacy of the Obama administration, the EPA is withdrawing a proposal that would have imposed standards on the generation of byproduct materials associated with uranium and thorium in situ recovery (ISR). 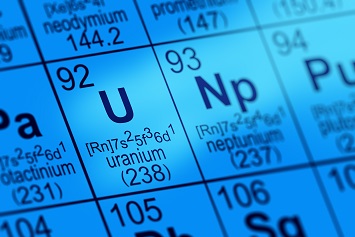 Issued just 2 days before the change in administrations, the proposal (January 19, 2017, Federal Register (FR))was intended to protect groundwater from uranium and other contaminants that migrate off-site and potentially contaminate groundwater that is a source of drinking water.

During production, fluids injected to mobilize uranium change the chemistry of the aquifer from its original state, thereby mobilizing uranium and many other minerals and metals. Groundwater from the ISR production zone can migrate from the production zone and contaminate nearby groundwater with arsenic, barium, cadmium, chromium, lead, mercury, selenium, silver, nitrate, molybdenum, radium, uranium, and other constituents.

Implementation by the NRC

The intent of the proposal was to protect groundwater beyond the production zone during ISR operational and restoration phases and to ensure that the restoration is complete and stable.

The Agency issued the proposal under the Uranium Mill Tailings Radiation Control Act (UMTRCA) of 1978. The standards would have been implemented by the U.S. Nuclear Regulatory Commission (NRC) and its Agreement States in their oversight of uranium and thorium facility operations and in issuing licenses for source material.

The proposal would have established numerical concentration limits for a set of groundwater constituents. Licensees would have been required to:

In its withdrawal, the EPA states that it now has serious questions about whether it has the legal authority under the UMTRCA to issue the proposed regulations. Generally, the Agency agrees with industry commenters who argued that the UMTRCA gives the EPA the authority to set general standards affecting ISR while the proposed standards were “prescriptive” and, therefore, exceeded the Agency’s statutory authority.

The Agency also states that it believes that existing regulatory structures are sufficient to ensure the targeted protection of public health and the environment at existing ISR facilities. The Agency adds that the proposal was in part based on an overestimation of ISR license applications to make use of ISR and, therefore, the risk to groundwater that may occur does not warrant a national regulation.

The withdrawal was welcomed by the National Mining Association (NMA).

“Like so many other proposals from that overzealous regulatory marathon, it failed to articulate a risk that justified the rulemaking, ignored the need for a realistic cost-benefit analysis, and underestimated compliance costs and impacts to small businesses,” said NMA President Hal Quinn.