In a final rule published in the early fall (September 28, 2018, (Federal Register (FR)), the U.S. Bureau of Land Management (BLM) withdrew or revised many provisions of the previous administration’s regulations to reduce waste of natural gas from venting, flaring, and leaks during oil and natural gas production activities on onshore federal and Indian leases (November 18, 2016, FR). 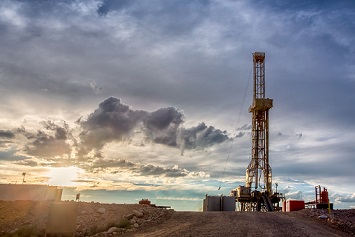 According to the current BLM, the 2016 rule had fundamental flaws, including not being grounded in the Mineral Leasing Act (MLA), disguising itself as a resource-conservation action when it was really an environmental action, and costing industry much more than what it would save. Some disagreements between the previous and the current BLM emerged from conflicting understandings of important terms. Two such terms are waste and prudent operator.

The MLA states that all leases “shall be subject to the condition that the lessee will, in conducting his explorations and mining operations, use all reasonable precautions to prevent waste of oil or gas developed in the land.”

In the 2016 rule, the BLM did not formally define waste. However, several statements indicated the agency’s belief that too much waste of natural gas has been occurring through leaks, flaring, and venting and costing the public the royalty revenues it should be receiving for the lost resource. The BLM stated:

But the current BLM argues that the concept of waste underlying the 2016 rule constituted a drastic departure from the concept of waste applied by the BLM over decades of implementing the MLA. “The 2016 rule was based on the premise that essentially any losses of gas at the production site could be regulated as ‘waste,’ without regard to the economics of conserving that lost gas,” the BLM now states. “This is illustrated by the 2016 rule’s ‘capture percentage,’ storage vessel, and leak detection and repair requirements, all of which … were expected to impose compliance costs well in excess of the value of the gas to be conserved.”

The current BLM adds that its revised position has “long been informed by an understanding that there is a certain amount of unavoidable loss of oil and gas that is inherent in oil and gas production and, therefore, not all losses of gas may be considered ‘waste’ under the MLA.”

Oil and gas law applies a prudent operator standard to oil and gas lessees, thereby imposing an obligation of reasonable diligence in the developing and marketing of oil and gas from the lease, with due regard for the interest of both the lessee and the lessor.

“A loss of gas is deemed unavoidable when an operator has complied with all applicable requirements and taken prudent and reasonable steps to avoid waste, and the gas is lost from one of the operations or sources specified in this final regulation,” the BLM also stated.

The current BLM finds nothing prudent in those statements.

“The BLM found that the 2016 rule’s approach to reduction of fugitive emissions and flaring departed from the historic approach of considering ‘waste’ in the context of a reasonable and prudent operator standard.”

“The exercise of ‘reasonable diligence’ and employment of ‘reasonable precautions’ do not require an operator to lose money capturing and marketing uneconomic gas. To require that operators do so, as the 2016 rule did, is inconsistent with the prudent-operator standard incorporated in the MLA and exceeds the BLM’s waste-prevention authority. Although the 2016 rule contained provisions allowing operators to apply for exemptions or variances from many of the rule’s requirements based on economic considerations, the standard for approving these variances or exemptions was not whether capturing and marketing the gas would be economic (i.e., whether capture would be expected of a prudent operator), but, rather, whether compliance would cause the operator to cease production and abandon significant recoverable oil or gas reserves under the lease.”

Put another way, the current BLM believes that there is nothing prudent about a standard that requires an operator to take actions that will force the operator to lose money, fire employees, and possibly go out of business.