The EPA’s definition of ambient air—and specifically which air is not considered ambient—is a critical consideration in Clean Air Act regulatory decisions. 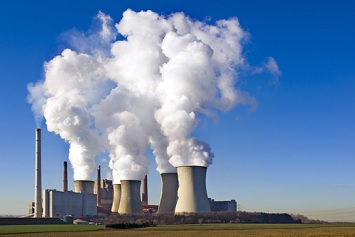 For example, a determination that an area does not include ambient air will affect the placement of modeling receptors used for air quality analyses and thereby impact the requirements in Prevention of Significant Deterioration (PSD) permits under the National Ambient Air Quality Standards. The EPA’s current policy regarding nonambient air has been in effect for at least 40 years. Now, in a draft document, the Agency is preliminarily revising the policy to exclude from the definition of ambient air certain areas that are currently included in that definition. The draft policy responds to concerns from stakeholders who believe that the existing policy is overly restrictive and not reflective of contemporary conditions.

The Agency’s existing policy on nonambient air was articulated in 1980 when Administrator Douglas Costle wrote to a U.S. senator that the Agency’s “exemption from ambient air is available only for the atmosphere over land owned or controlled by the source and to which public access is precluded by a fence or other physical barriers.” (emphasis added) Both conditions need to be met for an area to be excluded from the definition of ambient air for regulatory purposes. The EPA never codified either of these two conditions in the regulatory definition of ambient air or elsewhere in the Agency’s regulations.

Fencing and Barriers Must Be Adequate

There has been little controversy over the “owned and operated” part of the definition; it is the second part regarding public access that has prompted the draft revision. In 2007, the EPA cast some light on the second consideration by noting that the exclusion applies when the owner/operator has the power to both control public access and exclude the general public. The Agency also explained that the second condition calls for a source to actually take steps to preclude the general public from accessing the property “by relying on some type of physical barrier (such as a fence, wall, or natural obstructions).” Over the years, the EPA has clarified its understanding of the second condition; for example, the Agency has provided views on the adequacy of fencing and which types of natural barriers would keep the public out of an area.

Stakeholders have pointed out that it may not be practical to install fencing over certain terrain and that the type of natural barriers that may block access (e.g., a steep cliff or rugged terrain) may not be present. In such cases, stakeholders continue, other measures for deterring public access can be employed and effective. For example, video surveillance and monitoring, clear signage, routine security patrols, drones, and other potential future technologies can effectively keep the public off a major-source property. In many cases, such measures are already being used as effective means to deter or preclude public access to private property, even if not specifically for purposes of an ambient air exclusion.

“The EPA expects that this change in its ambient air policy will provide greater flexibility in determining where to place modeling receptors for air quality analyses, while maintaining public health protection,” the Agency states.

The Agency says that in their regulatory determinations, air agencies should evaluate the effectiveness of a “measure” in precluding public access based on the relevant, specific circumstances. This evaluation should address relevant factors, such as the nature of the measure used (e.g., physical or nonphysical), facility location (e.g., rural or urban), type and size of facility and property to be excluded, surrounding area (including the proximity, nature, and size of the population in the area), and other factors affecting the extent to which persons would be likely or able to trespass upon or otherwise have access to the facility’s land.

The EPA adds that it is not the intent of the revised policy to prescribe the specific types of measures (physical barriers or otherwise) that should be used; rather, the objective is “to provide guidance to air agencies when assessing whether measures to prevent public access are sufficient under the circumstances to exclude an area from ambient air.”

Finally, the draft states that determinations concerning the adequacy of such measures can only be made by air agencies on a case-by-case basis after consideration of the relevant administrative record in each case.