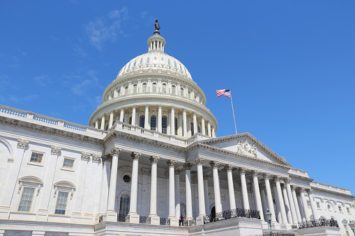 Neumayr should be intimately familiar with the NEPA process. In March 2017, she was appointed the CEQ’s chief of staff in charge of the CEQ’s core NEPA operations and activities.

She also supervised the Office of Sustainability, which supports energy and environmental performance across the federal government.

Before entering the federal government, Neumayr practiced law in the private sector for 14 years. Her additional 14 years of federal employment includes service in both the legislative and executive branches. She worked as deputy chief counsel of Energy and Environment for the House Energy and Commerce Committee and deputy general counsel for Environment and Nuclear Programs at the Department of Energy. She was also counsel to the assistant attorney general for the Environment and Natural Resources Division at the Department of Justice.

In her nomination hearing before the Senate Committee on Environment and Public Works (EPW) in July 2018, Neumayr said she would follow through on the commitment Trump made in Executive Order 13807 to make the NEPA process “more timely, efficient, and effective for the American people.”

Projects she said she intends to complete at CEQ include a One Federal Decision policy and a review of NEPA regulations and guidance “to enhance and modernize the federal review and authorization process under NEPA and related statutes.”

At the hearing, Neumayr said she agreed that the global climate is changing and that human activity has a role.

“There are strong views about how this law should be implemented to best realize the bipartisan vision that brought it over the finish line in 2016,” said Dunn at her EPW nomination hearing in reference to the 2016 amendments. “If confirmed, I commit to keeping an open door to all groups and entities interested in seeing this law reach its full potential.”

“Throughout the past year, I have had the opportunity to observe Alex work diligently to fulfill EPA’s mission of protecting human health and the environment as Regional EPA Administrator for the New England States,” said Whitehouse. “Ms. Dunn has a deep passion for working with communities, for environmental justice, and for leveraging the expertise of non-governmental organizations. She has overseen enforcement actions that reduce public health risks as well as compliance initiatives that ensure proper chemical storage and management in New England. She is highly capable of successfully implementing the Frank R. Lautenberg Chemical Safety for the 21st Century Act updating TSCA.”

McIntosh. The OITA works with other federal agencies and international organizations and individual countries to address bilateral, regional, and global environmental challenges and advance U.S. foreign policy objectives. The office also guides the EPA’s Agencywide effort to strengthen public health and environmental protection in Indian country, with a special emphasis on helping tribes administer their own environmental programs.

In his last position, McIntosh spent 20 years at Ford Motor Company managing environmental quality offices at multiple international locations and providing environmental regulatory compliance, permit development, and enforcement negotiation for all the company’s manufacturing facilities. Before his time at Ford, he served as deputy director for the Michigan Department of Environmental Quality (MDEQ), where he worked with tribal and state leaders, oversaw regulatory reform and criminal investigations, and directed the development of administrative rules packages for Michigan.

Testifying before the EPW, McIntosh noted that while he was employed by the state of Michigan, the MDEQ worked with the state’s 12 recognized tribes.

“My experience will allow me to help with the Tribes that have their own environmental organizations to ensure that they have adequate resources, as well as carrying out our Trust responsibilities on the tribal lands,” said McIntosh.

At McIntosh’s EPW nomination hearing, Senator Edward Markey (D-MA) asked if McIntosh agreed with 13 federal agencies that concluded in their 2018 Fourth National Climate Assessment that “it is extremely likely that human influence has been the dominant cause of the observed warming since the mid-20th century.”

McIntosh said he was not familiar with the report.

“I understand humans are a contributing factor to climate change, but I can’t say whether or not they are the main cause,” McIntosh told Markey.