The federal government’s policy on climate change, the EPA’s Clean Power Plan (CPP) and the Agency’s Clean Energy (ACE) proposal, its proposed CPP replacement; the EPA’s CO2 emissions and energy-efficiency standards for cars; the partial shutdown of the federal government; the EPA’s renewable fuel standard (RFS) and E-15; its newly proposed definition of the Waters of the United States (WOTUS); and enforcement—all these and more were discussed at the nomination hearing of Andrew Wheeler, the EPA’s current acting administrator, and President Trump’s choice to be the Agency’s next full-time administrator. 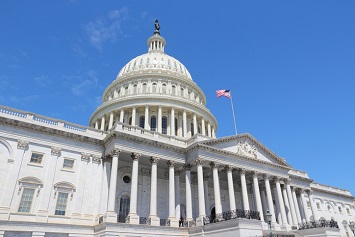 Timing of the Hearing

Convened by Senator John Barrasso (R-WY), chair of the Senate’s Environment and Public Works Committee (EPW), only 1 week after the president formally submitted Wheeler’s name for the position, the hearing was notable for concerns voiced by Democrats that Wheeler’s confirmation was being inappropriately rushed while 14,000 EPA employees are on furlough, and the Agency is not performing critical functions. The point was made by Senator Tom Carper (D-DE), EPW’s ranking member.

“I don’t believe that giving the Acting Administrator a speedy promotion is more urgent and important than protecting the public from contamination to our air and water and lands,” said Carper. “Our priorities should be reopening our government, certainly reopening EPA and the other closed federal agencies.”

Wheeler said that he was looking forward to all furloughed staff returning to work, adding that even with only 891 EPA employees currently on the job, the Agency was responding to emergencies and working to complete all court-ordered rulemaking deadlines. Also, EPA staff were still participating in recovery from the California wildfires and the Puerto Rico hurricane, said Wheeler, who added that since the shutdown, the Agency has responded to seven new emergencies around the country and continues to monitor the EPA’s hotline and tips lines.

Several Republicans on the committee emphasized Wheeler’s 4 years of experience with the EPA’s Office of Pollution Prevention and Toxics, his first job out of law school, and 14 additional years working in various positions with the EPW. Should he be approved by the Senate, Wheeler and Stephen Johnson would be the only career EPA employees to fill the administrator’s role. Johnson served under President George W. Bush from January 2005 to January 2009.

Senator Bernie Sanders (I-VT) was among several Democrats who quizzed Wheeler forcefully and almost entirely on climate change. Wheeler told Sanders that he believed climate change was real and that human activity was influencing it. However, when Sanders asked if Wheeler believes that climate change is a global crisis that must be addressed in an aggressive way, Wheeler hedged.

“I would not call it the greatest crisis,” answered Wheeler. “I consider it a huge issue that must be addressed globally.”

When pressed by Sanders about what the EPA was actually doing, Wheeler pointed to the Agency’s proposed ACE rule, the vehicle standards, and its methane program. Sanders persisted, asking if, as the world’s largest economy, the United States would assume world leadership on climate change and influence how other nations, including China and India, reduced their greenhouse gas emissions (GHG). Wheeler responded that the EPA would implement the laws passed by Congress and had no comment on world leadership.

Pressed by Senator Jeff Merkley (D-OR) about where he stood on a scale of 1 (not concerned) to 10 (most concerned) about the effects of climate change, Wheeler responded “8 or 9.”

Wheeler was particularly enthusiastic about the Agency’s proposed replacement definition of WOTUS. According to some Republican lawmakers, no rule issued under the Obama EPA concerned landowners more deeply than the 2015 definition.

“The overarching guiding principle that I gave the staff in crafting the WOTUS rule was that I believe any property owner should be able to stand on his or her property and be able to tell for themselves whether or not they have waters of the U.S. on their property without having to hire an outside consultant or an attorney,” said Wheeler.

Regarding the proposed ACE, which would affect GHG emissions from fossil fuel power plants, Wheeler said the proposal was comparable to the CPP in terms of lowered CO2 emissions and, when fully implemented, would achieve a 34% reduction when compared to 2005 levels. According to Wheeler, reductions under the CPP would have been about 35%.

“Your own agency says it will result in 3.5% higher CO2 production by 2030 than the Clean Power Plan,” countered Senator Merkley. “Why did you come to my office and tell me it is the same when your agency experts say it will produce a lot more carbon dioxide?”

“My agency experts have told me that we are going to get a 34% reduction in CO2 based on 2005 levels once the ACE regulation is fully implemented,” repeated Wheeler.

A transcript of Wheeler’s EPW nomination hearing is available here.