It is not a stretch to say that the 2016 amendments to the federal Toxic Substances Control Act (TSCA) were motivated to a large extent by the EPA’s inability under the law to ban, or at least significantly restrict, industrial and commercial uses of asbestos. Under new authority provided in the amendments, the Agency promptly named asbestos as one of the first 10 chemicals that would undergo risk evaluations; based on the results of those evaluations, the EPA is empowered to manage any identified risk to people from exposure to asbestos, which may include anything from restrictions to a total ban on asbestos use.

That substantial new authority and the EPA’s ongoing work would seem to resolve many concerns about asbestos, a substance that is universally recognized as having no safe level of exposure for people. But recently, a group of environmental and human health organizations told the Agency in a petition that its risk evaluation was being conducted without critical information on asbestos being imported into the United States. According to the groups, the Agency’s main tool for collecting data about chemicals—called the Chemical Data Reporting (CDR) rule—does not require that companies inform the EPA about imported asbestos and its use.

The main request in the petition is that the Agency quickly write a new rule to require such reporting. In a formal response that, at this writing, has not yet been published in the Federal Register (FR), the EPA said that even if it agreed to issue such a rule, this could not be done in a time frame that would affect the current reporting requirements and, therefore, could not be factored into the asbestos risk evaluation, which must be completed by December 22, 2019. Moreover, the Agency said it disagreed with the groups’ contention that it lacked the information about asbestos imports and use that are necessary to complete the risk evaluation as required by law. The Agency, therefore, denied the request to amend the CDR rule. The groups also made half dozen associated requests regarding the regulation of asbestos under TSCA, and the EPA denied each of those as well.

Promulgated in 2011 under TSCA Section 8, the CDR rule requires manufacturers (including importers) to provide the EPA with information on the production and use of chemicals in commerce. The rule generally applies to 25,000 pounds (lb) or more of a chemical substance at any single site, with a reduced reporting threshold of 2,500 lb for chemical substances subject to certain TSCA actions. As the petition points out, and as the EPA agrees, the CDR rule is the Agency’s primary TSCA tool for obtaining basic information on the manufacture, importation, and use of chemicals and the nature and extent of exposure to these substances.

Imported Asbestos and the Asbestos Exclusion

The arguments in the petition are derived from what the EPA has so far revealed about what it knows about asbestos in the United States. For example, for each of the initial 10 chemicals for which the Agency is conducting risk evaluations, the EPA first developed a problem formulation document. In the asbestos problem formulation document, the Agency identified eight product categories (e.g., asbestos diaphragms used in the chlor-alkali industry and oil-field brake blocks for the petroleum industry) that will be addressed in the risk evaluation. But the petitioners assert that the EPA’s descriptions of asbestos uses in the problem formulation are “limited, vague, and incomplete.”

“For example,” the petition continues, “the problem formulation indicates that EPA identified one company that imports asbestos-containing brake blocks for oil field use, but fails to quantify the amount of these imports or how and where they are used and acknowledges that ‘[it] is unclear how widespread the continued use of asbestos brake blocks is for use in oilfield equipment.’”

The EPA’s legal argument against including asbestos in the CDR rule is that asbestos is a naturally occurring substance for which reporting is not required.

“EPA’s interpretation of the CDR rule means that no manufacturers or importers of asbestos or asbestos-containing products were required to report on their activities,” the petition states. “Accordingly, the rule has played no role in informing EPA about asbestos uses that could be addressed in the Agency’s TSCA risk evaluation. This loophole in the rule has resulted in a troubling—and wholly avoidable—lack of reliable information about who is importing asbestos and in what quantities, where and how asbestos is being used in the U.S., and who is being exposed and how that exposure is occurring.”

Accordingly, the petition requests that the EPA amend its CDR rule to decouple asbestos from the exemption for naturally occurring chemical substances.  Because the EPA’s asbestos risk evaluation is ongoing, the petition continues; the revision adding asbestos to the CDR rule should trigger immediate reporting on asbestos for the 2012–2016 reporting cycle. The petition states that the amendment would include the following sentence: “For asbestos, the 2016 CDR submission period is from January 1, 2019, to April 31, 2019.”

“This will make it possible for EPA to review and analyze the reports submitted while the risk evaluation is underway and revise the draft evaluation on the basis of new information reported on asbestos importation and use,” the petitioners continue. “To assure that it has time to consider the CDR reports, EPA should extend the completion date for the asbestos risk evaluation by six months.” 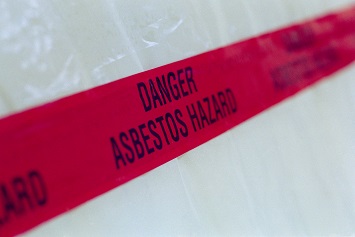 In the context of the asbestos risk evaluation, the core of the EPA’s denial is that the Agency does not believe that the requested amendments would result in the reporting of any information that is not already known to the EPA. The EPA states that after more than a year of research and stakeholder outreach, it believes it is aware of all ongoing uses of asbestos and already has the information that it would receive if it were to amend the CDR requirements as requested.

Furthermore, the EPA asserts that even if it believed that the requested amendments would produce information on any new ongoing uses, the Agency said it would not be able to finalize such amendments in time to inform the ongoing risk evaluation or, if needed, any subsequent risk management decisions. The petitioners submitted their request on September 27, 2018, less than 120 calendar days before they would like the submission period to begin. The Agency states:

“While EPA understands that petitioners desire prompt collection of the requested information under the CDR rule to inform the ongoing risk evaluation, this request does not factor in the necessary timeframes [sic] for any rulemaking processes that would be required to propose and then finalize such amendments. To allow for the notice and comment period for the public and regulated community required under the Administrative Procedure Act and for appropriate internal deliberation prior to proposal and after the close of the comment period, EPA typically needs at least 18 months to finalize a rulemaking. Furthermore, even if EPA were able to use expedited rulemaking procedures to quickly promulgate a requirement to report additional information on asbestos for the 2016 CDR cycle, it is important to note that potential reporters have had no prior notice or expectation of a need to retain the records necessary to report on past chemical manufacturing. Therefore, EPA has no reason to expect that potential reporters subject to such a rule amendment would have information that could be reasonably ascertainable for submission.”

Following are the additional requests made by the petitioners and the reasons the EPA gave for denying them: