Opposing opinions by three U.S. appeals courts (two issued by the same circuit on the same day) have led to a decision by the U.S. Supreme Court to address the core Clean Water Act (CWA) question—Is a point source discharging pollutants to navigable water via a groundwater pathway the functional equivalent of a direct discharge to navigable waters? 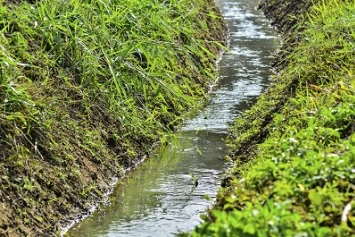 The Supreme Court will specifically consider a February 2018 opinion in which the 9th Circuit found that part of a discharge of pollutants to groundwater that eventually reached the Pacific Ocean (called an indirect or hydrologic connection) was subject to permitting under the CWA’s National Pollutant Discharge Elimination System (NPDES). The same conclusion was reached in April 2018 by the 4th Circuit in a 2–1 decision in a case involving gasoline from a pipe rupture seeping underground and reaching navigable waters. But on September 24, 2018, the 6th Circuit found in two cases—both involving leaks from coal ash ponds to groundwater and the resulting pollution of navigable waters—that this type of pollutant discharge is not regulated by the CWA and, hence, the defendants did not violate the CWA by not obtaining NPDES permits.

Collectively, these cases have attracted considerable interest from industry, environmental groups, and city and county drinking water and wastewater agencies. For example, an amicus brief submitted to the Supreme Court by state water agencies wrote that the “fairly traceable” test the 9th Circuit “created” in conjunction with its decision expanded the reach of the CWA far beyond the intent of Congress.  “The potential implications are extreme,” said the agencies, “requiring an NPDES permit for basements across the country.”

Earthjustice, which represents the petitioners in the 9th Circuit case, requested that the Supreme Court deny certiorari because no decision has yet been made by 6th Circuit on whether the cases should be heard en banc, meaning the decisions are not final and a Supreme Court hearing would be premature. In addition, Earthjustice argued that the Supreme Court should wait for the EPA’s final responses to a request for comment the Agency published regarding whether pollutant discharges from point sources that reach jurisdictional surface waters via groundwater or other subsurface flow that has a direct hydrologic connection to the jurisdictional surface water may be subject to CWA regulation (February 20, 2018, FR).

Given that the Supreme Court has granted certiorari, Earthjustice’s arguments will continue to depend heavily on an unlikely ally—the plurality decision written by Supreme Court Justice Antonin Scalia in Rapanos v. United States (2006). Scalia said the CWA does not forbid the addition of any pollutant directly to navigable waters from any point source but, rather, the addition of any pollutant to navigable waters; that is, the addition could be indirect and still be subject to NPDES permitting, Earthjustice argues. According to the environmental plaintiffs, in its two decisions, the 6th Circuit “rejected Justice Scalia’s statement in Rapanos that the relevant CWA provision is not limited to point sources that discharge directly into navigable waters.” As noted below, the 6th Circuit counters that the plaintiffs have misread the Scalia opinion.

The Supreme Court’s past CWA opinions have often been narrow, leaving unanswered or only partially answered questions many stakeholders hoped the Court would put permanently to rest. While the question stated above seems straightforward, there is no guarantee the justices will answer it in a straightforward manner. What they will certainly do is consider the legal strength of the four opinions issued by the three circuits. Below we extract key statements from those four rulings.

Wastewater injected into four county wells at a treatment facility in Maui traveled underground before entering the Pacific Ocean. The county argued that the disposal could not be subject to NPDES permitting because the wells did not directly discharge into the Pacific. In its unanimous opinion, the three-judge panel stated:

“Neither side here disputes that each of the four wells constitutes a ‘point source’ under the CWA. Given the wells here are ‘discernible, confined and discrete conveyance[s] … from which pollutants are … discharged,’ and the plain language of the statute expressly includes a ‘well’ as an example of a ‘point source,’ the County could not plausibly deny the wells are ‘point source[s]’ under the statute. The record further establishes that from these point sources the County discharges ‘pollutants’ in the form of treated effluent into groundwater, through which the pollutants then enter a ‘navigable water,’ the Pacific Ocean. As the pollutants here enter navigable waters and can be ‘traced [back] to … identifiable point[s] of discharge,’ ‘[the wells] are subject to NPDES regulation, as are all point sources’ under the plain language of the CWA.”

Several hundred thousand gallons of gasoline spilled from a rupture in a pipeline owned by a subsidiary of Kinder Morgan Energy Partners, LP, near Belton, South Carolina. The plaintiffs alleged that the gasoline traveled 1,000 feet or less from the pipeline to two tributaries of the Savannah River, Browns Creek, and Cupboard Creek, and their adjacent wetlands. The majority made the following points:

According to the dissent, the source of pollution is nonpoint and not subject to the CWA; the dissent states:

Kentucky Utilities Company stores leftover coal ash in two man-made ponds. Two conservation groups contended that the chemicals in the coal ash are contaminating the surrounding groundwater, which, in turn, contaminates a nearby lake in violation of the CWA. The court made the following points:

The defendant’s Gallatin plant disposes coal ash by sluicing (mixing with lots of water) and allowing the solids to settle in a series of unlined man-made coal ash ponds adjacent to the Cumberland River. The plant has a permit to discharge some of this coal combustion wastewater, which contains heavy metals and other pollutants, into the river through a pipe. Other wastewater is allegedly discharged through leaks from the ponds through the groundwater into the Cumberland River. A U.S. District Court found in favor of plaintiffs. Tennessee Valley Authority appealed to the 6th Circuit, which stated: