The EPA’s recent final rule based on its residual risk and technology review (RTR) of the Clean Air Act’s (CAA) National Emissions Standards for Hazardous Air Pollutants (NESHAP) for Surface Coating of Wood Building Products (Subpart QQQQ, Part 63) (March 4, 2019, Federal Register (FR)) provides an opportunity to consider how the Agency determines if a new technological process should be factored into the NESHAP. 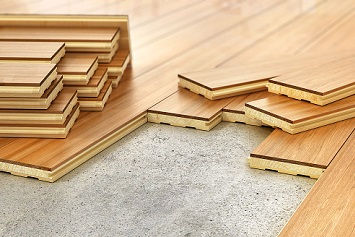 Nationwide, 57 wood building product manufacturing facilities are subject to this NESHAP. As has been the trend recently with other RTRs, the Agency’s final RTR for Subpart QQQQ states first that the emissions standards in its original 2003 NESHAP protect public health with an ample margin of safety, and second, that since 2003, there have been no new cost-effective technological developments that should be incorporated into the NESHAP to achieve further emissions reductions. In other words, the Agency believes that changes to the emissions standards are not warranted and, therefore, have not been made.

The final RTR rule does contain several amendments to Part QQQQ, including the elimination of the startup, shutdown, and malfunction (SSM) exemption, electronic reporting, emissions testing, and use of a new test method for one hazardous air pollutant (HAP). With the possible exception of the SSM change, which is court-ordered, the final RTR rule imposes no requirements that will have a significant economic impact on affected sources; this also follows the path set by the other RTR rules issued under the Trump administration.

The EPA notes that a coating process employed by one facility polymerizes almost all HAPs applied during coating, thereby dramatically reducing air emissions without add-on controls. The Agency proposed to add and then finalized a new equation to the existing compliance demonstration calculations to more adequately represent the HAP amounts emitted by this type of surface coating or any similar coating. However, the EPA did not view this new process as a “development,” a term used in CAA Section 112(d)(6) to indicate a technological change that warrants lower emissions limits either for all or for a subset of all facilities.

In comments on the proposal, Earthjustice said the EPA did not provide a reasoned basis for not adjusting the emissions limits based on the polymerization technology. Among its specific concerns, Earthjustice said the Agency did not sufficiently review emissions data associated with the new process and also decided to not view the process as a “development” before determining its feasibility for the affected sector.

Also, Earthjustice complained that the new alternative equation the EPA added to accommodate the process could be used by any facility with a similar process. This new equation relies on a lower emissions factor. According to Earthjustice, facilities could use the equation to produce “artificially low emissions numbers even if that facility has not adopted an eligible process.”

Similar to Other Low-HAP Coatings

The EPA rejected all Earthjustice’s arguments.

“We do not view this as a new coating process within the meaning of a ‘development in practices, processes or controls’ under Section 112(d)(6),” the Agency explained. “Rather, this is a new coating one facility intends to use that fits within the broad-ranging universe of low-HAP coatings already covered under subpart QQQQ. Many different coatings formulated for different products and curing methods fall within the spectrum of low-HAP coatings that use the ‘emission rate without add-on controls’ compliance option under subpart QQQQ. EPA proposed an alternative equation within this compliance option to add flexibility without changing the stringency of subpart QQQQ, and to make the alternative equation available to other facilities using low-HAP coatings without each facility having to separately submit an alternative monitoring request to EPA.”

“Even if the EPA were to consider the new coating to be a development within the meaning of CAA section 112(d)(6), the EPA has discretion to determine when it is ‘necessary’ to revise emission standards under the statute,” the Agency concludes. “In this case, it would not be necessary to revise the numeric emission standards in Tables 1 or 2 to Subpart QQQQ of Part 63 to accommodate the alternative monitoring request from one facility that fits within the overarching compliance options included in the rule (i.e.,the ‘emission rate without add-on controls’ option).”