On March 8, 2019, President Donald Trump signed legislation to extend the Pesticide Registration Improvement Act (PRIA) through September 2023. An amendment to the Federal Insecticide, Fungicide, and Rodenticide Act (FIFRA), the original PRIA, or PRIA 1, became law in 2004. 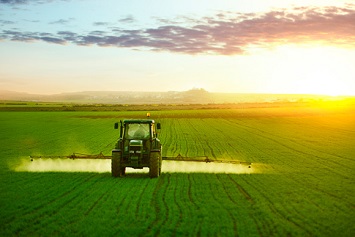 The original intent of the amendment was to effect a more predictable and effective evaluation process for pesticide registration decisions by coupling the collection of fees with specific decision review periods. Companies seeking to have their pesticide and herbicide products registered for use in the United States pay a registration fee and a yearly maintenance fee. The EPA uses this money, along with congressional appropriations, to conduct registration and reregistration reviews and issue the approvals needed to bring the products to the market. The EPA also uses a portion of its PRIA proceeds and funding to implement protections of agricultural workers exposed to pesticides. PRIA’s prior authorization expired at the end of fiscal year (FY) 2018.

PRIA is one of those rare federal environmental laws that has no opposition in Congress; before the president’s signature, the current reauthorization bill—PRIA 4—passed unanimously in both the Senate and the House. The original PRIA, in fact, was the product of work by a coalition of pesticide stakeholders, including seven different trade groups within the pesticide industry and groups advocating for the environment and farmworker safety. All these groups have voiced support for PRIA 4.

In a December 2018 letter, 117 agricultural associations told federal lawmakers that reauthorization of PRIA is essential to ensure “that growers and users of pesticides have timely access to products that help them produce the food, fuel, and fiber the world depends on”.

“[PRIA 4] provides the EPA with more resources to evaluate pesticide registrations and ensures the preservation of two rules that are vital to the protection of workers and consumers who are exposed to pesticides in agricultural, residential, and commercial settings: the Agricultural Worker Protection Standard (WPS) and the Certification of Pesticide Applicators (CPA) rule,” states Earthjustice.

Among its provisions, PRIA 4: