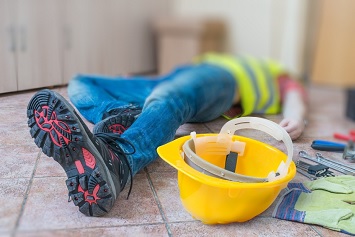 The BLS has collected workplace fatality, illness, and injury data since 1972. The Bureau published a retrospective “25 Years of Worker Injury, Illness, and Fatality Data,” showing that while many workers still become injured, sick, or even die on the job, the numbers continue to decline.

Construction and transportation have remained the deadliest industries. Heavy tractor-trailer truck driver was the occupation with the most fatal occupational injuries for both the manufacturing and oil and gas extraction industries. From 2003 to 2016, the industries with the most on-the-job fatalities were:

The BLS collects fatality, illness, and injury data from local and state governments, as well as private industry. Local and state governments may have rates of nonfatal occupational injuries that far exceed the private sector. However, the high rates may reflect the occupations in public sector employment. For example, the 2016 nonfatal incidence rates (per 100,000 employees) show high public sector rates in some hazardous occupations:

MSDs Taking Workers off the Job

Musculoskeletal disorders (MSDs)—sprains and strains or carpal tunnel syndrome resulting from exertion or repetitive motion—still account for 32% of private sector days away from work cases. The back was the most frequently injured body part and overexertion one of the most common events. However, the rate of MSDs declined from 49.6 per 10,000 full-time workers in 2003 to a low of 29.4 in 2016.

The trends over 25 years show improvement in workplace safety and health. The BLS data also reveal where work remains to be done. Employers continue to be confronted by the need to: