The EPA is proposing to take a new approach to how it evaluates the impact pesticides have on endangered species. According to the Agency, its draft Revised Method for National Level Endangered Species Risk Assessment Process for Biological Evaluations of Pesticides is intended to correct overly conservative pilot biological evaluations (BEs) the EPA previously conducted for three pesticides— chlorpyrifos, diazinon, and malathion. Upon its formal publication in the Federal Register, the Agency will accept public comment on the draft for 45 days. 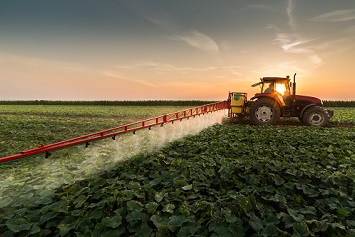 “EPA’s draft framework allows the agency to consider real-world data that will better reflect where pesticides are actually used and which species could be affected and those that are not likely to be affected,” said Alexandra Dapolito Dunn, Assistant Administrator of the EPA Office of Chemical Safety and Pollution Prevention. “Making these revisions to the framework will follow through on EPA’s commitments under the 2018 Farm Bill and will help EPA target environmental protections where they are needed and ensure that pesticides can continue to be used safely without impacting endangered species.”

The EPA’s BEs “inform” the U.S. Fish and Wildlife Service and the National Marine Fisheries Service, which issue biological opinions (BiOps) to determine whether federal actions are likely to result in jeopardy for listed species or adverse modification of their critical habitats. In this case, the federal action to be addressed by the BEs is the registration of the three pesticides under the Federal Insecticide, Fungicide, and Rodenticide Act (FIFRA). The Services had completed draft BiOps for these substances in 2017, but the documents were not released to the public. Issuance of the BiOps is now scheduled for 2021.

According to the Agency, the method used in the pilot evaluations had the following major limitations:

The proposed revised method, the EPA now says, is based on experience gained through the pilot BEs and on information received in public comments on the draft pilot BEs as well as through several stakeholder meetings. According to the Agency, the revised method is designed to be efficient, relying upon automation as much as possible; protective without being overly conservative; transparent; and scientifically defensible, relying on the best available data.

The EPA is requesting comment on the following changes included in the draft: