The Office of Information and Regulatory Affairs (OIRA), which is part of the White House’s Office of Management and Budget (OMB), recently issued a memo clarifying how it determines if a proposed federal rule is a major rule and the level of cooperation the OIRA expects from federal agencies to assist in that determination. The memo applies to all federal agencies and departments and is particularly relevant to the EPA, which leads all its sister agencies by a wide margin in both the value of benefits from major rules and the associated cost of compliance. 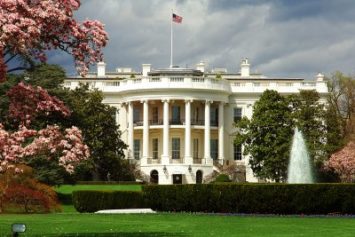 In general, major designations have focused on rules that have an annual effect on the economy of $100 million or more. But a rule is also major if it is likely to result in a major increase in costs or prices for consumers; individual industries; federal, state, or local government agencies; or geographic regions or in significant adverse effects on competition, employment, investment, productivity, innovation, or the ability of U.S. entities to compete with foreign entities.

Under the Congressional Review Act (CRA), the OIRA must determine if a rule is major. The CRA also requires that federal agencies coordinate with the OIRA regarding a major rule determination; however, the CRA does not require that agencies submit rules to the OIRA to aid in the determination. Both federal agencies and the OIRA must report to Congress about proposed rules; the CRA provides Congress with the authority to issue a joint resolution to overturn a rule either with the president’s approval or by two-thirds vote if the president vetoes the joint resolution.

Making a major rule determination without having a draft of the rule placed the OIRA at a disadvantage, which both Presidents Ronald Reagan and Bill Clinton attempted to remedy by issuing Executive Orders requiring that agencies submit drafts of significant regulatory actions to the OIRA for review. The definitions of major rule and significant regulatory action are nearly identical.

In a 2017 report, the OMB stated that from 2006 to 2016, EPA rules accounted for over 80 percent of the monetized benefits and over 70 percent of the costs of executive branch rules. Rules that have a significant aim of improving air quality account for over 95 percent of the benefits of all the EPA’s rules. How the EPA arrives at the costs and monetized benefits of its rules is, perennially, a subject of dispute. For example, regarding rules issued under the Obama administration, industry and Republicans claimed that the cost of compliance was underestimated, while Democrats and environmental groups emphasized the benefits (e.g., reduced mortality and fewer workdays lost because of illness expressed as a dollar figure).

Designating a proposed rule as major is a powerful factor on how industry, advocacy groups, and the public perceive the impact of the action on the economy, human health, and the environment and whether these groups will support or oppose the rule.

All this imposes a significant responsibility on the OIRA to make an accurate major rule determination. But in the memo, the OIRA notes that it “does not consistently receive from agencies the information necessary to determine whether a rule is major.” Accordingly, the memo directs all federal agencies to follow the following process: