In a final rule, the EPA has revised its dust-lead hazard standards (DLHS) to address exposures generated by lead-based paint in residential dwellings and child-occupied facilities (COFs). The rule complies with orders issued by the U.S. Court of Appeals for the 9th Circuit in December 2017 and March 2018. The court had found in favor of environmental groups that petitioned the Agency in 2009 to undertake rulemaking to lower the DLHS and the dust-lead clearance levels and revise the definition of lead-based paint (LBP). 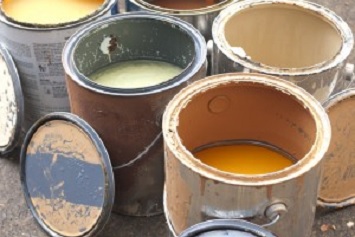 The Agency is only acting on the DLHS portion of the regulations, adding that it intends to issue a separate rule affecting clearance levels. In the case of the LBP definition, the EPA says it does not have sufficient information to justify a new definition.

“The more protective dust-lead hazard standards will apply to inspections, risk assessments, and abatement activities in pre-1978 housing and certain schools, child care facilities, and hospitals across the country,” says the Agency.

The DLHS supports the EPA’s Lead-Based Paint Activities and Disclosure programs and applies to target housing (i.e., most pre-1978 housing) and COFs (pre-1978 nonresidential properties where children under the age of 6 spend a significant amount of time, such as daycare centers and kindergartens). The rule lowers the DLHS from 40 micrograms of lead per square foot (µg/ft2) to 10 µg/ft2 or less for floors and from 250 µg/ft2 to 100 µg/ft2 or less for windowsills.

“This final rule … is informed by the achievability of these standards in relation to their application in lead risk reduction programs. These standards will complement other federal actions aimed at reducing lead exposures for all children. EPA also believes that the standards will continue to inform where intervention resources should be directed for children with higher exposures. These are the lowest levels that EPA believes are reliably achievable using existing lead-hazard control practices and that are aligned with the clearance levels required under certain HUD [Department of Housing and Urban Development] grant programs.”

“Clearance levels” are defined as “values that indicate the maximum amount of lead permitted in dust on a surface following completion of an abatement activity” (40 CFR 745.223). Lead dust clearance is performed (1) after renovation, repair, painting, and cleaning activities are finished in property built before 1978 and where children are assumed to spend time; and (2) after hazard reduction or maintenance activities in most federally assisted properties built before 1978, which are covered by HUD’s Lead Safe Housing Rule. Explaining its decision to separate clearance levels from final actions on the DLHS and the LBP definition, the EPA states:

The Toxic Substances Control Act (TSCA) defines “LBP” as “paint or other surface coatings that contain lead in excess of 1.0 milligrams per centimeter squared [mg/cm2] or 0.5 percent by weight or (A) in the case of paint or other surface coatings on target housing, such lower level as may be established by the Secretary of [HUD], as defined in section 4822(c) of Title 42, or (B) in the case of any other paint or surface coatings, such other level as may be established by the Administrator [of EPA].”

The environmental petitioners requested that the EPA and HUD lower the definition of LBP to 0.06 percent by weight with a corresponding reduction in units of mg/cm2. The court instructed the agencies to make a regulatory decision regarding the petition. In the final rule, the EPA says it has not determined that the current definition is insufficiently protective. In declining to revise the definition, the Agency states:

“The definition of LBP is incorporated throughout EPA’s LBP regulations, and application of this definition is central to how EPA’s LBP program functions. EPA believes that accounting for feasibility and health effects would be appropriate when considering a revision. Given the current, significant data gaps and the new approaches that would need to be devised to address them, EPA continues to lack sufficient information to conclude that the current definition requires revision or to support any specific proposed change to the definition of LBP.”