The attorneys general (AGs) of 10 states and the District of Columbia have asked a federal court to order the EPA to initiate rulemaking to require manufacturers (including importers) and processors to report information about asbestos. 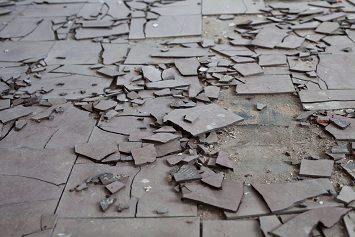 Filed with the U.S. District Court for the Northern District of California, the complaint and request for relief follow the EPA’s denial of a petition the plaintiffs sent to the Agency in January 2019. The petition set forth the facts the AGs believe necessitate promulgation of Chemical Data Reporting (CDR) requirements under Section 8 of the Toxic Substances Control Act (TSCA) for raw asbestos and asbestos-containing articles.

In its denial, the EPA said the rule is not necessary because the Agency has all the information about asbestos and asbestos-containing articles it needs to complete its ongoing asbestos risk evaluation, which is required by the 2016 TSCA amendments. The AGs assert that this statement by the EPA contradicts the Agency’s previous admission that it lacks information about asbestos-containing articles that might be imported into the United States.

Under the 2016 TSCA amendments, the EPA designated asbestos as one of the first 10 chemical substances subject to the Agency’s initial chemical risk evaluations. As part of the evaluation, the EPA said it identified conditions of use of asbestos through CDR data; reviews of published literature and online databases, including safety data sheets; the U.S. Geological Survey’s Mineral Commodities Summary and Yearbook: the U.S. International Trade Commission’s Dataweb; and government and commercial trade databases. The identified conditions of use include the import of raw bulk chrysotile asbestos for the fabrication of diaphragms for use in chlorine and sodium hydroxide production; several imported chrysotile asbestos-containing materials, including sheet gaskets in chemical manufacturing; brake blocks for oil drilling; aftermarket automotive brakes/linings; other vehicle friction products; and other gaskets.

In its denial, the Agency stated that it agrees that knowledge of which entities are importing and using asbestos and asbestos-containing products, where and how these activities occur, and the quantities of asbestos involved is important for identifying exposed populations and characterizing pathways of exposure. But the EPA added that it already has this information, which it obtained through reporting, voluntary submissions, and modeling. Furthermore, said the Agency, even if it granted the petition, it would receive no information it does not already have.

In their filing with the district court, the AGs write that data gaps about the amount of imported asbestos, asbestos-containing articles, and products with asbestos impurities justify the EPA adding new provisions to the CDR regulations that would:

Regarding the EPA’s claim that it has all the information it needs to complete the asbestos risk evaluation, the AGs point to the EPA’s Problem Formulation of the Risk Evaluation for Asbestos, wherein the Agency stated: “Consumer exposures will be difficult to evaluate since the quantities of these [asbestos-containing] products that still might be imported into the United States is not known.”

In its denial, the EPA said it disagreed that there is a contradiction between what the Agency stated in the Asbestos Problem Formulation and what it stated in its denial. The Agency appears to view the alleged contradiction specifically in the context of naturally occurring asbestos.

“While EPA did state in the problem formulation that the imported volumes of products containing asbestos are unknown, the requested reporting of naturally occurring substances would not provide imported volumes of products containing asbestos, given that articles are not considered naturally occurring substances,” the Agency stated.

The AGs dismiss this explanation and all others provided in the denial.

“EPA’s denial of the Petition deprives the Agency of the data the new regulations requested in the Petition would have provided, perpetuating a status quo where EPA makes regulatory assessments with unreliable and inadequate information,” write the petitioners.