In their Spring 2019 Regulatory Agendas, the EPA and the U.S. Army Corps of Engineers (Corps) indicated they are aiming for December 2019 to issue their final revised definition of Waters of the United States (WOTUS). The revised definition of WOTUS is intended to provide clarity to farmers and other members on the regulated community on whether they are required to obtain a federal- or state-issued permit under the Clean Water Act (CWA). 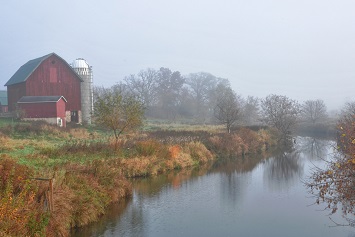 If public statements by its members, organizations, and advocates in government are any indication, there is no single group that is more invested in the content and consequences of the upcoming rule than the agricultural community. At a hearing of the Senate Committee on Environment and Public Works (EPW) last month, Todd Fornstrom, who testified on behalf of the American Farm Bureau Federation (AFBF), said the importance of the rule for farmers cannot be overstated. The permit that most concerned Fornstrom at the hearing is required by CWA Section 404, which addresses dredge and fill operations.

“Historically, farmers and ranchers have chosen to forfeit full use and enjoyment of their land rather than go down the onerous and expensive path of seeking CWA 404 permits,” Fornstrom testified. “The cost to obtain a general permit can exceed tens of thousands of dollars and individual permits can cost hundreds of thousands of dollars. Farmers and ranchers know these costs exceed the value of their land, which leads them to simply stay out of the regulatory quagmire by foregoing the use of their land without compensation.”

The Corps and some states issue Section 404 permits, but the EPA also plays a strong role in the permitting program (e.g., developing and interpreting the environmental criteria used in evaluating permit applications). The EPA also oversees CWA Section 402 permits under the National Pollutant Discharge Elimination System (NPDES), another program that will be affected by the final definition.

In their proposed revised definition, the EPA/Corps emphasize that the previous administration’s WOTUS definition illegally expanded federal authority under both the Constitution and the CWA. In their proposal, the agencies stress that one of the major goals of the rulemaking is to ensure the autonomy and authority of the states in controlling their land and water resources. Fornstrom also makes this point:

“The CWA requires the federal government to work hand-in-hand with states, because the federal government cannot and should not regulate every single wet feature in every community,” he said. “By drawing clear lines between waters of the U.S. and waters of the state, the proposal strengthens the cooperative federalism Congress envisioned and that the Supreme Court has long recognized as fundamental to the Clean Water Act.”

Proposal Grounded in Law and Science

Fornstrom told the committee that the AFBF supports the proposed revised definition because it is “grounded in science, but also reflects a legal and policy decision on the appropriate scope of the agencies’ regulation under the CWA.” The AFBF is not alone in this position. In comments on the proposal the AFBF was joined by 84 farming organizations that commended the agencies for proposing a revised definition that “goes a long way towards providing clarity and certainty through clear definitions.” The commenters do, of course, voice the particular concerns of the agricultural community and how the proposal addresses those concerns. But any final rule that reflects the proposal will stand up to legal challenges because of how effectively it interprets law and many judicial decisions, including several by the U.S. Supreme Court that partly addressed the parameters of WOTUS; those narrow rulings by the Supreme Court have served to create confusion about WOTUS. It has been the intent of the EPA/Corps under both the Obama and Trump administrations to issue a rule that removes that confusion.

Following are some of the key points pertinent to farms and farmers made in comments submitted by the agricultural groups. 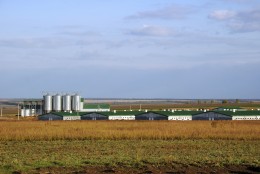 The commenters generally support this exclusion but urge the agencies to remove the requirement that these features be constructed in upland.

“Requiring that artificial lakes and ponds be constructed in upland puts the burden on landowners to try to prove historic conditions, rather than focusing on current conditions,” state the commenters. “It will be difficult, if not impossible, for landowners to demonstrate what conditions were like on the ground at the time a feature was created.”

“For this exclusion to be meaningful to farmers and ranchers, it is important that it not be limited to features constructed on dry land,” the commenters add. “The very purpose of ponds is to carry or store water, which means that they are not typically constructed along the tops of ridges. Often, the only rational place to construct a farm or stock pond is in a naturally low area to capture stormwater that enters the ditch or pond through sheet flow and ephemeral drainages. Depending on the topography of a given patch of land, pond construction may be infeasible without some excavation in a natural ephemeral drainage or a low area with wetland characteristics.”

“Farmers rely on a variety of conservation infrastructure to support their operations, including grassed waterways, terraces, sediment basins, biofilters, and treatment wetlands. These features serve important functions such as slowing stormwater runoff, increasing holding time before water enters a stream, sediment trapping, increasing soil infiltration, and pollutant filtering. To avoid creating disincentives to water quality conservation practices and infrastructure, the Agencies should make it clear that these conservation features are not jurisdictional so long as they were not constructed in WOTUS.”

“In other words, waters should not be WOTUS unless the agency can point to evidence solidly backing that designation. Keeping the burden of proof on the agency is especially important when it comes to making determinations about things like whether a ditch was, at some point in the distant past, constructed in a jurisdictional tributary or wetland. Many farmers and ranchers simply lack the means or opportunity to conclusively establish the answer.”