In a short letter, the EPA’s Office of Pesticide Programs (OPP) informed registrants of pesticides that a statement on the label of a pesticide product warning that glyphosate is “probably carcinogenic to humans” is “false and misleading” and will be considered misbranding and in violation of the Federal Insecticide, Fungicide, and Rodenticide Act (FIFRA). Therefore, the OPP says, it will no longer approve labeling that includes the glyphosate warning statement that was required under California’s Prop 65 law. California is currently under a court order prohibiting the state’s Office of Environmental Health Hazard Assessment (OEHHA) from enforcing violations of the Prop 65 glyphosate warning requirement. 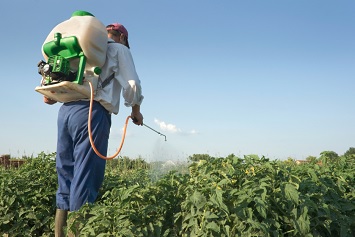 Glyphosate is the active ingredient in Roundup®, the most popular herbicide in U.S. agriculture. The chemical is used on more than 100 food crops, including glyphosate-resistant corn, soybean, cotton, canola, and sugar beet. Nonagricultural uses include residential areas, aquatic areas, forests, rights of way, ornamentals, and turf.

The International Agency for Research on Cancer (IARC) is the cancer research arm of the United Nations World Health Organization. Prop 65 states that any substance classified by the IARC  as “carcinogenic to humans” or “probably carcinogenic to humans” must be included on Prop 65’s list of chemicals. Proposition 65 also prohibits any person in the course of doing business from knowingly and intentionally exposing anyone to listed chemicals without a prior “clear and reasonable” warning. Noncompliance may result in penalties up to $2,500 per day for each failure to provide an adequate warning, and enforcement actions may be brought by the California Attorney General, district attorneys, certain city attorneys and city prosecutors, and private citizens who may recover attorneys’ fees.

In 2015, the IARC concluded that evidence from animal studies, limited evidence from human studies, and other supporting mechanistic data indicated that glyphosate is “probably carcinogenic to humans.”

Based on the IARC’s finding, on July 7, 2017, the OEHHA listed glyphosate as a chemical known to the state of California to cause cancer. The attendant warning requirement was scheduled to take effect 1 year later on July 8, 2018.

Monsanto, which manufactures Roundup, and many agricultural organizations sued to block the OEHHA’s requirement. In a ruling, Judge William B. Shubb of the U.S. District Court for the Eastern District of California agreed with the plaintiffs that the IARC’s carcinogenic finding for glyphosate was by itself insufficient to warrant the Prop 65 product warning requirement.

“A reasonable consumer would not understand that a substance is ‘known to cause cancer’ where only one health organization had found that the substance in question causes cancer and virtually all other government agencies and health organizations that have reviewed studies on the chemical had found there was no evidence that it caused cancer,” wrote Shubb. “Under these facts, the message that glyphosate is known to cause cancer is misleading at best.”

In its letter, the OPP noted that since the IARC’s classification, the Agency’s own scientists performed an “independent evaluation” that considered a more extensive data set than did the IARC. The OPP concluded that the “strongest support” was for a finding that glyphosate is “not likely to be carcinogenic to humans.”

The letter echo’s Shubb’s point that multiple organizations have not reached the same conclusion as the IARC. The OPP states: