Could any of your employees be considering suicide? Could they be planning to do it at the office or on the jobsite? It’s a prospect no one wants to consider, but workplace suicides can and do happen. 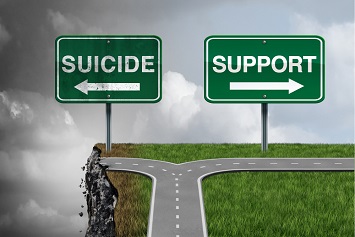 The number of suicides spiked during the 2008–2010 recession—to perhaps as many as 10,000 worldwide—but the number of workplace suicides continued to grow during the economic recovery.

That number of workplace suicides reached an all-time high of 291 in 2016. Of the 5,147 American workers who died on the job in 2017, 275 died by suicide. There were fewer suicides than homicides; but suicide claimed more workers’ lives than aircraft incidents, electrocution, or explosions and fires.

Researchers with the National Institute for Occupational Safety and Health (NIOSH) and the Labor Department’s Bureau of Labor Statistics (BLS) have looked at the demographics and occupations behind workplace suicides.

BLS analysts found that workplace suicides occur most frequently among whites, men, and 35- to 44-year-olds.

A recent analysis of all suicides found that the top three occupational groups for suicide risk among males are construction and oil and gas extraction; arts, design, entertainment, sports, and media; and installation, maintenance, and repair.

The American Society of Safety Professionals (ASSP) described construction work as the “perfect storm” of risk factors for suicide. Those risk factors include:

Another risk factor for construction workers is opioid abuse during or following the use of the drugs as a means of pain management for a legitimate on-the-job injury. Opioid abuse is associated with a 75% increased likelihood of a suicide attempt.

Suicide among construction workers prompted the Construction Financial Management Association (CFMA) to launch the Construction Industry Alliance for Suicide Prevention that includes the ASSP, several construction trade labor unions, and industry groups like the Associated Builders and Contractors and the Associated General Contractors of America, as well as several local and regional chapters of industry groups. The CFMA formed the alliance in 2016 because industry members were alarmed by figures for workplace suicide reported that year by the Centers for Disease Control and Prevention (CDC).

Alliance members so far have published articles and public service announcements, distributed videos and other resources, and hosted local and regional summits for employers concerned about the issue.

Having an employee assistance program (EAP) to assist employees experiencing mental health issues can help, but only if employees use it. However, the best EAP in the world cannot counteract a culture of stoicism that discourages workers from seeking the help they need. Emphasizing a culture of safety and wellness, including mental health, may enable an at-risk employee to seek help before it’s too late.

Construction supervisors and managers can work toward a culture that supports distressed workers:

In the event of a suicide, supervisors must also respond by addressing trauma among coworkers and by stemming any potential “social contagion” that could lead others to attempt or commit suicide.

Pressures in the veterinary profession that can contribute to suicide include:

The stress of law enforcement work can put police officers and detectives at risk, too. Law enforcement officers usually have ready access to firearms.

Financial pressure, sleep deprivation from shiftwork, mandatory retirement ages, and the stressful nature of police work may contribute to law enforcement officers’ risks. Researchers believe police officers are twice as likely to have symptoms of depression than the general population.

NIOSH researchers found suicide was more common among active-duty officers than former or retired officers. Earlier research found that most suicides among working police officers occur in the 5 years before retirement eligibility.

The BLS, NIOSH, and private sector researchers have a clear understanding of aggregate data on workplace suicides. However, there is little information available about individual suicide cases, which makes it difficult for researchers to tell employers about:

Some economists and labor advocates have blamed changing economic and working conditions for a rise in workplace suicides, citing anecdotes of worker suicides at offshore electronics manufacturers or calls from e-commerce warehouses to respond to employees contemplating or attempting suicide. Economic insecurity or working conditions may be additional stressors, but the causes of suicide usually are more complex, according to researchers.

What Should Employers Do?

Employers should know about risk factors for suicide that can include the following:

While employers may not be able to alleviate all the stressors that lead to worker suicides, they can watch, listen, and encourage troubled employees. Employers should encourage workers to learn coping and problem-solving skills and seek treatment or counseling. One of the most important measures employers can take is to address the stigma of seeking help. 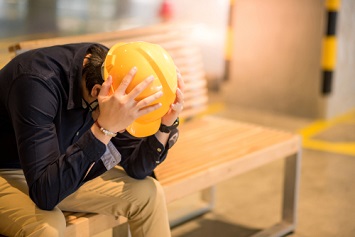 A Deeper Look at the Data

Workplace suicides are included in the BLS’s Census of Fatal Occupational Injuries (CFOI) if they meet at least one of the following criteria: