Apart from the cleanup itself, sampling is probably the most important task to perform at a contaminated site (or a site suspected to be contaminated). 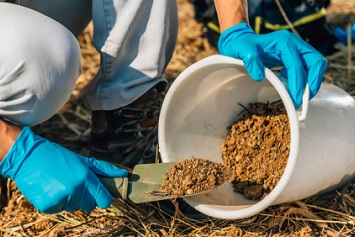 Sampling determines which contaminants are present, where they are concentrated (e.g., at the surface or subsurface), and the types of soil contaminated, all of which assist in understanding the risks posed by the site and how remediation should be conducted. Over the past 10 years, a type of sampling called incremental sampling methodology (ISM) has gained increasing favor. Regulators and researchers have pointed out that ISM has distinct advantages over discrete (or grab) soil sampling, which has been the standard method for many years. And while ISM is a type of composite sampling, another common methodology, it has also been shown to be superior to the composite sampling as it has been traditionally applied. The EPA shares the positive view of ISM and recently issued a guidance document on the use of ISM at polychlorinated biphenyl (PCB)-contaminated sites.

Improper sampling of a site can lead to inadequate remediation, liability problems, wasted investment, and lost business opportunities. Any party, private or public, involved in a cleanup is advised to select a low-cost but precise sampling method.

Historically, the majority of environmental sampling has been conducted using discrete sampling. Common deficiencies that may be associated with the exclusive use of discrete sampling methods include poor spatial coverage, inadequate sample density, or data that cannot be used to statistically represent the entire area of interest with a reasonable level of confidence. Discrete sampling often produces a sample data set that is neither representative nor reproducible and therefore difficult to use for decision-making or for defending those decisions. Common laboratory subsampling methods can add additional errors. The analysis of a grab aliquot (an exact portion of a field sample) may not be representative of the sample submitted for analysis, let alone the area of a site that decision-makers hope to represent.

The EPA defines composite sampling as “atechnique that combines a number of discrete samples collected from a body of material into a single homogenized sample for the purpose of analysis. The objective of composite soil sampling is to represent the average conditions in the sampled body of material”. This approach also has limitations. Primarily, composite sampling does not adequately address the issue of common contaminant heterogeneity at the site and in the lab. A heterogeneous sample of contaminated soil is a mixture of particles that are carrying different amounts of contaminant. In its guidance, the EPA references a detailed study of the ISM provided by the Interstate Technology and Regulatory Council (ITRC). According to the ITRC, composite sampling as conventionally implemented is characterized by unspecified sample collection and analysis procedures that do not adequately consider:

“As routinely applied, composite sampling is viewed primarily as a way to reduce analytical costs, without taking more important sampling goals into account,” the ITRC states.

In its PCB document, the EPA defines ISM as “a suite of planning, sampling, sample preparation, and subsampling techniques that addresses heterogeneous soil contamination, increases sample representativeness, and reduces data variability. ISM provides representative samples using a specific planning and sampling technique where numerous increments of soil are collected from a DU and are combined, processed, and subsampled according to specific procedures.”

For example, approximately 75 increments might be collected for a DU potentially containing PCBs, or possibly as many as 200 might be required in a case of extreme soil heterogeneity. Verification procedures, such as field and/or lab replicates, are then applied to ensure that the DUs have been appropriately sampled.

“The goal of ISM is to reduce the deleterious effects that soil heterogeneity has on environmental data,” says the Agency. “Soil is very heterogeneous, which is a particular concern when measuring PCB contamination because the chemical properties of PCBs lead to preferential adsorption onto certain soil components. Significant sampling error is introduced when sample methods do not account for potentially dramatic spatial variations in concentration.”