With the Utility Water Act Group (UWAG) at its side, the EPA successfully defended itself against allegations by environmental groups that its postponement of several deadlines in its 2015 Effluent Limitations Guidelines [ELGs] and Standards for the Steam Electric Power Generating Point Source Category (2015 Rule) violated both the Clean Water Act (CWA) and Administrative Procedures Act (APA). First, the petitioners argued that the Agency had issued a stay of the requirements, or the functional equivalent of a stay, in contravention of the CWA. Petitioners also contended that the postponement ran afoul of the APA because the Agency did not consider all the necessary factors under the APA when taking such an action. 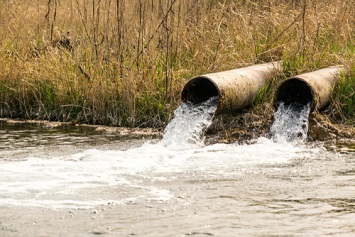 A panel of the U.S. Court of Appeals for the 5th Circuit denied petitioners’ request to review the EPA’s actions, stating that the Agency had acted entirely within the contours of the two laws and properly exercised its discretion to reconsider and revise past regulatory actions.

The ruling effectively assures power plant operators that they have more time to implement the costly technologies needed to comply with the ELGs for two wastestreams listed in the 2015 Rule.

In its 2015 action, the EPA revised the ELGs initially promulgated in 1982. The Agency established best available technology economically achievable (BAT) effluent limitations for seven wastestreams. Recognizing that power plants would need substantial lead time to plan, fund, and build the needed facilities, the EPA mandated an earliest compliance date of November 2018 and delegated to permitting authorities the flexibility to approve individual point source compliance as feasible over a period extending to the end of 2023.

The UWAG was among those that submitted petitions asking the EPA to reconsider the entire 2015 Rule and suspend its approaching deadlines. In their petitions, industry presented new information that indicated that compliance would be extraordinarily costly and infeasible. The Agency agreed to reconsider the 2015 Rule and cited its authority to do so under the CWA and other statutes. After initially staying the rule, the EPA promulgated a Postponement Rule in which it delayed by 2 years the earliest compliance date for two wastestreams—flue gas desulfurization (FGD) wastewater and bottom ash transport water. No postponement was applied to the ELGs for the five other wastestreams and neither was the last compliance date altered for any of the seven wastestreams.

According to the plaintiffs, the EPA issued a stay of the 2015 Rule, which is not authorized by the CWA because it is not a formal rule revision. To back up this argument, petitioners cited the Agency’s earlier stay of the 2015 requirements and also several cases under the Clean Air Act (CAA) and the APA.

The 5th Circuit panel found reference to the earlier stay irrelevant to the Postponement Rule, which was issued in line with notice and comment requirements. Neither were the CAA and APA cases germane, the panel added.

Petitioners alternatively contended that even if the Postponement Rule is not a stay of the 2015 Rule, its relaxation of certain compliance dates is the “functional equivalent” of a stay, which, again, the CWA does not allow.

The panel conceded that the courts have rebuked EPA delays as illegitimate when the Agency did not go through notice and comment procedures. But once more, the court pointed to the EPA’s rulemaking process.

“EPA obviated Petitioners’ complaint because the way in which it modified the 2015 Rule is a rulemaking that may properly issue after notice and comment,” the court stated.

The panel disagreed, pointing out first that the Postponement Rule affected only a subset of the 2015 requirements. The panel also found that the Agency had considered all relevant statutory factors in the 2015 Rule and included all its findings in its administrative record. Furthermore, the panel wrote, the courts have afforded the EPA considerable discretion regarding which factors it considers when revising a rule. In this case, the relevant factors were associated with FGD wastewater and bottom ash transport water.

“Under these circumstances, EPA violated no statutory command by revising a small portion of the 2015 Rule pursuant to transparent, careful, and targeted study,” wrote the court. “The Agency supplied a reasoned basis for its decision to postpone two earliest compliance dates for the two specific waste streams, while retaining not only the ultimate compliance deadline specified in the 2015 Rule for those waste streams but practically the entirety of the 2015 Rule itself.”

The EPA informed the court that the 3-year deadline applies only to the imposition of the initial BAT ELGs. Regulated entities already met that deadline, noted the court.

“[I]t was not meaningless for Congress to require three-year compliance deadlines for the initial promulgation of BAT effluent limitations, given the pressing need for regulation at that time,” wrote the panel. “Even without specific Congressional direction, EPA has not been powerless in setting appropriate compliance deadlines for later revised BAT effluent limitations.”  [emphasis added]