In its proposed amendments to the federal Lead and Copper Rule (LCR), the EPA estimates that, nationwide, there are between 6.3 million and 9.3 million homes that receive drinking water through lead service lines (LSLs). (Uncertainty about the actual number of LSLs underlies the proposed requirement that public water systems (PWSs) inventory the LSLs in their jurisdiction.) The proposal would require that PWSs conduct full LSL replacements (LSLRs) when lead in the service line exceeds the lead action level (AL) of 15 parts per billion (ppb). 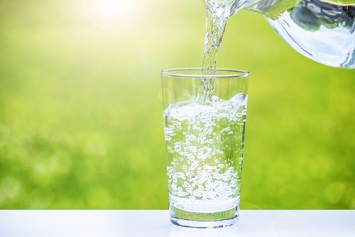 Full LSLR occurs when both the PWS portion of the LSL and the homeowner portion are replaced with nonlead (usually copper or plastic) piping. The PWS would be obligated to replace LSLs exceeding the AL at the rate of 3% a year. The proposal also contemplates goal-based LSL replacements that occur mainly when homeowners act independently to replace their portion of the LSL. In such cases, the proposal would require that the PWS follow up by replacing its portion of the LSL if it has not already done so.

One question hanging over the proposal is, Where is the money to pay for full LSLRs—both the PWS-owned portion and the homeowner-owned portion—going to come from? The EPA concedes that that LSLR “can be expensive at an average cost of $4,700, ranging from $1,200 to $12,300 per line replaced.” Under federal law, no executive branch agency is required to pay for LSLRs in homes. Given that many, if not most, LSLs are in minority and low-income areas, it is likely that very few homeowners in these areas will be able or willing to independently bear the full cost of replacements. The economic burden is comparable for small PWSs that are chronically strapped for funds to meet their Safe Drinking Water Act compliance obligations while still trying to keep their aging infrastructures in working order.

The EPA is acutely aware of the economic challenge to LSLR. Accordingly, in conjunction with the proposal, the Agency issued Strategies to Achieve Full Lead Service Line Replacement. The authors of the Strategies document did their homework; the 36 pages of text is followed by 8 pages of references. The document discusses the likelihood of volunteer LSLRs that may occur by looking at two existing EPA programs in which homeowners are also urged to reduce environmental risks to their health from radon and lead-based paint. The EPA found that high-cost projects addressing these risks are comparable to the costs of LSLR.

The strategy organizes LSLR financing under two general headings—ratepayer revenue and nonratepayer revenue. In either case, states and local agencies work together to acquire the money needed to both fund PWS LSLRs and assist homeowners with their portion of the replacement.

Small PWSs, which have the overwhelming majority of LSLs, may find the documentuseful as they seek out financing sources. Here are several points the Strategies document makes.

Overall, the EPA estimates that the proposed provisions will result in approximately 214,000 to 350,000 LSLRs over the next 35 years. The EPA has not evaluated the extent to which voluntary LSLRs may be additional to the LSLRs undertaken in PWSs with 3% or goal-based LSLR requirements.