Less than 2 weeks after the White House said it would reallocate billions of gallons (gal) of ethanol waived under the small refinery exemption (SRE) allowed under by federal Renewable Fuel Standard (RFS), the EPA announced an approach that farmers and ethanol manufacturers say fails to satisfy that assurance. 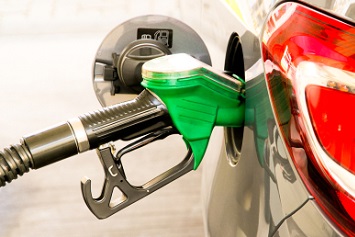 The approach arrives as a supplemental proposal to the Agency’s July 2019 proposed percentage standards for four categories of renewable fuel (cellulosic biofuel, biomass-based diesel, advanced biofuel, and total renewable fuel) that would apply to obligated parties in 2020 and 2021 (biodiesel only) under the RFS.

Congress has established that U.S. conventional gasoline that refineries produce or import must contain minimum percentages of renewable fuel. But under the RFS program, a small refinery may be granted a temporary exemption from the annual Renewable Volume Obligations (RVOs) if it can demonstrate that compliance with the RVO would cause the refinery to suffer disproportionate economic hardship. The Trump EPA has granted 85 SREs over the past 3 years. One result of this is that in 2016 and 2017, the projected RFS volume requirement was reduced by about 1.6 billion gal of ethanol, according to the Renewable Fuels Association.

On October 3 and 4, 2019, the White House announced that it would continue SREs in the future but said the EPA would ensure that the 15-billion-gal ethanol RFS would be met in 2020. As industry understood it, the EPA would determine a rolling average of SREs for 2016–2018, which amounted to approximately 1.34 billion gal per year, and prospectively reallocate that volume to the 2020 RFS.

But it now seems that is not what the EPA wants to do. Instead, the Agency is proposing to apply a different 3-year average of relief for SREs previously recommended by the Department of Energy (DOE), which reallocates only 770 million gal per year. The EPA had initially rejected these recommendations when the DOE first made them.

The difference between the two approaches is that the DOE version is based on recommended SREs, while the one favored by industry is based on projections of actual exempted volumes for 2020. According to the EPA, this approach will not affect the 15-billion-gallon RVO for 2020. The Agency states:

“Today’s notice does not change the proposed volumes for 2020 and 2021. Instead, it proposes and seeks comment on adjustments to the way that annual renewable fuel percentages are calculated. Annual renewable fuel percentage standards are used to calculate the number of gallons each obligated party is required to blend into their fuel or to otherwise obtain renewable identification numbers (RINs) to demonstrate compliance. Specifically, the Agency is seeking comment on projecting the volume of gasoline and diesel that will be exempt in 2020 due to small refinery exemptions based on a three-year average of the relief recommended by the DOE, including where DOE had recommended partial exemptions. The agency intends to grant partial exemptions in appropriate circumstances when adjudicating 2020 exemption petitions.”

What Does ‘15 Billion Gallons’ Mean?

As industry sees it, the EPA’s proposal creates doubt that the 15-billion-gal RVO will be met.

“Administration officials repeatedly said that 15 billion gallons will mean 15 billion gallons and this proposal fails to ensure that farm families and biofuel producers have the certainty they need to reinvest and rebuild after three years of massive demand destruction at the hands of EPA,” commented Emily Skor, CEO of Growth Energy.

“After completely ignoring the DOE’s advice to reduce exemptions, EPA now proposes to use DOE’s deflated numbers to turn a real fix into little more than a Band-Aid. To effectively address demand destruction moving forward, EPA’s fix must incorporate a projection of actual exempted gallons, not simply apply an out-of-date DOE recommendation.”

Industry claims that one impact of the SREs the EPA has approved has been the closure of 18 ethanol manufacturing plants because of lower demand.

“The proposal released today will do nothing to bring back the ethanol plants that have shut down or help the burden that many of our corn farmers currently face,” said Skor.

In the proposal, the EPA says it does not know how much gasoline small refineries will produce in 2020 because SRE petitions have not been submitted. Therefore, the Agency acknowledges, there is uncertainty about whether the RVO will be met.

“Although we acknowledge the difficulty of making a precise projection, this inherent uncertainty does not preclude us from taking the approach set forth in this supplemental proposal,” the Agency states.