In a ruling that helps downwind states with areas in nonattainment with the 2008 National Ambient Air Quality Standards (NAAQS) for ozone, a panel of the U.S. Court of Appeals for the D.C. Circuit declined to vacate the EPA’s 2016 rule to update its Cross-State Air Pollution Rule (CSAPR). However, the court did remand one aspect of the update rule because it strayed from statutory deadlines. All other challenges to the update rule, most of which were filed by industry, were denied by the court. 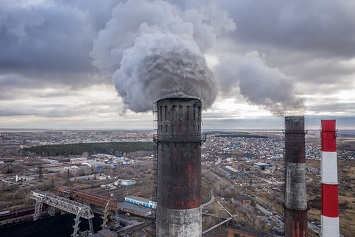 The 2011 CSAPR is the EPA’s approach to meeting the Clean Air Act’s (CAA) Good Neighbor Provision, which prohibits states from emitting air pollutants in amounts that will contribute significantly to nonattainment or interfere with maintenance of air quality in other states. In the CSAPR, the EPA quantified the emissions reductions that 23 upwind states would need to make to satisfy the Good Neighbor Provision. The states were assigned emissions budgets based on emissions that would occur when sources spent $1,400 to control 1 ton of nitrogen oxides (NOx). States may emit more NOx than permitted by their budgets by acquiring allowances from other states; states may sell allowances to other states if they reduce their emissions by more than what is required by their budgets.

Environmental petitioners challenged the absence in the update rule of a concrete deadline for upwind states to eliminate their contributions to downwind nonattainment. The panel noted that under the CAA, areas in moderate nonattainment with the ozone NAAQS must be brought into attainment by July 2018. However, the update rule places no requirement on upwind states to eliminate their significant contributions in accordance with that deadline.

The EPA partly explained the deadline omission by noting that it had considered emissions only from electric power plants. Emissions from other sources were not brought into the equation. Therefore, said the Agency, the update rule should be viewed as the first step in a longer regulatory solution.

The panel responded that under this approach, downwind states would be forced to undertake more reductions than would be required if upwind states were held to the same deadline. The panel goes into considerable detail on this issue. Ultimately, the panel could not find any legal basis for giving upwind states an open-ended deadline exemption while downwind states have no choice but to meet their NAAQS obligations on time.

The court concluded: “[B]y issuing a Rule that does not call for upwind States to eliminate their substantial contributions to downwind nonattainment in concert with the attainment deadlines, EPA has strayed outside the bounds of its statutory authority under the Good Neighbor Provision.”

The panel decided that invalidation of the update rule exclusively because of the deadline infraction should not result in vacatur because such an action could also result in harm to human health and the environment and, furthermore, would disrupt the allowance trading markets that have developed. Accordingly, the rule was remanded without vacatur. The court also rejected the request by environmental petitioners to give the Agency a 6-month deadline to issue an amendment. “But of course, ‘we do not intend to grant an indefinite stay of the effectiveness of this court’s decision,’” emphasized the panel.

Additional challenges, which were largely technical, and the panel’s reasons for denial, are as follows: