Following its Clean Air Act (CAA) Section 112 Residual Risk and Technology Review (RTR) of the 2002 and 2005 National Emissions Standards for Hazardous Air Pollutants (NESHAP) for the Ethylene Production source category, the EPA is proposing significant revisions for flaring at these facilities. 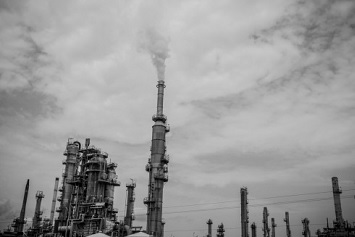 An ethylene production unit produces ethylene and/or propylene by separating petroleum refining process streams or by subjecting hydrocarbons to high temperatures in the presence of steam. Ethylene is mainly used in the manufacture of plastics. According to the American Chemical Society, ethylene is the most produced petrochemical building block. In the United States, about 25 million tons of ethylene are manufactured annually. The industry is expanding thanks to the increased production of natural gas from hydraulic fracturing. The EPA notes that in addition to 26 existing ethylene production facilities regulated under NESHAP, 5 facilities are under construction. Existing facilities would need to comply with any final amendments 3 years after the effective date. New facilities would need to comply upon start-up following the effective date.

Under CAA Section 112, the EPA must review the NESHAPs for many source categories to determine if the standards remain protective of public health with an ample margin of safety and whether there have been developments in practices, processes, or control technologies that may be appropriate to incorporate into the standards.

Regarding residual risk, the Agency is proposing that the existing NESHAP protect public health, with an ample margin of safety, from both cancer and noncancer risks due to hazardous air pollutant (HAP) emissions from the ethylene production source category. Specifically, the EPA found that of the 26 existing facilities, only 1 poses a cancer risk of 100 in 1 million (the presumptive limit of acceptability) from inhalation. The remaining facilities have lower estimated cancer risks, 30 in 1 million or lower based on actual emissions and 80 in 1 million or lower based on allowable emissions.

Flares are the most common air pollution control devices (APCDs) used at ethylene production facilities. Under the existing NESHAP, affected ethylene production facilities must ensure that there are no visible emissions (except for periods not to exceed a total of 5 minutes during any 2 consecutive hours) when the flare vent gas flow rate is below the smokeless capacity of the flare. Also, flares are generally expected to achieve 98 percent HAP destruction efficiencies or control. But the EPA says it has found that some facilities that use flares as APCDs are operating less efficiently than 98 percent control. Proposed amendments to improve the performance of flares include the following:

The EPA estimates that these and related amendments will reduce excess emissions of HAPs from flares by 1,430 tons per year.

In addition to the proposed flaring amendments, the Agency is proposing to strengthen control requirements for heat exchange systems and storage vessels. Emissions reductions from these proposed measures are estimated at 62 tons per year. Facilities would also be required to submit electronic copies of notification of compliance status reports and performance test results.

Finally, as required by the U.S. Court of Appeals for the D.C. Circuit in Sierra Club v. EPA (2008), the Agency is proposing to eliminate two provisions that exempt sources from the requirement to comply with their Section 112 emissions standards during periods of startup, shutdown, and malfunction.

The EPA estimates the total capital costs of the proposed amendments at $48.0 million and the total annualized costs at $10.3 million in 2016 dollars. The Agency adds that the proposed amendments will improve product recovery at the affected facilities. Therefore, the Agency says, “Economic impacts are quite low for affected companies and the ethylene production industry, and consumers of ethylene should experience minimal price changes.”