On November 4, the National Safety Council (NSC) announced a $125,000 sponsorship from Amazon.com, Inc., to support women in safety. Funds will be distributed to support the NSC’s Marion Martin Award, Women in Safety Scholarship, and the Women’s Division. 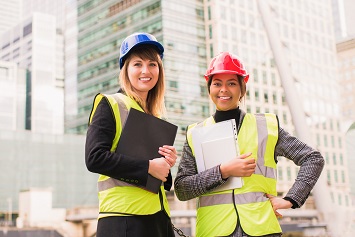 “We are thrilled to partner with Amazon to ensure women are involved and supported at all levels of the safety profession. We celebrate those already working to save lives,” NSC President and CEO Lorraine M. Martin said in a statement.

Although women make up nearly half of the U.S. workforce, they comprise only 19 percent of employees within the safety industry, according to the NSC. NSC data show women in safety tend to earn less than their male colleagues and account for only 22 percent of those who have earned the certified safety professional designation from the Board of Certified Safety Professionals.

“Data shows that an organization with a diverse workforce is more likely to outperform those without diversity,” according to Martin. “We know women are an important part of that equation.”

Funds from Amazon’s sponsorship will go to the following NSC programs:

Criticism of Safety at Amazon

Amazon has been criticized for safety and health conditions in its warehouses.

On April 24, the National Council for Occupational Safety and Health included Amazon in its “Dirty Dozen” list of companies that put communities and workers at risk. Labor unions and others have formed several local COSH groups and the national coalition.

On July 16, Sen. Bernie Sanders (I-VT) and Rep. Ilhan Omar (D-MN) requested that the Occupational Safety and Health Administration (OSHA) investigate conditions at Amazon’s warehouses. Sanders and Omar accused Amazon of “intentional disregard for the health and safety of their employees” in their letter to Deputy Assistant Secretary of Labor Loren Sweatt.

On November 4, Amazon expressed support for the NSC’s programs. “We’re proud to support the NSC mission to recognize and provide resources to women in the safety industry,” Heather MacDougall, vice president of Worldwide Workplace Health and Safety at Amazon, said. “From hourly associates to upper management and leadership, women have critical roles at Amazon and significantly strengthen our safety program.”